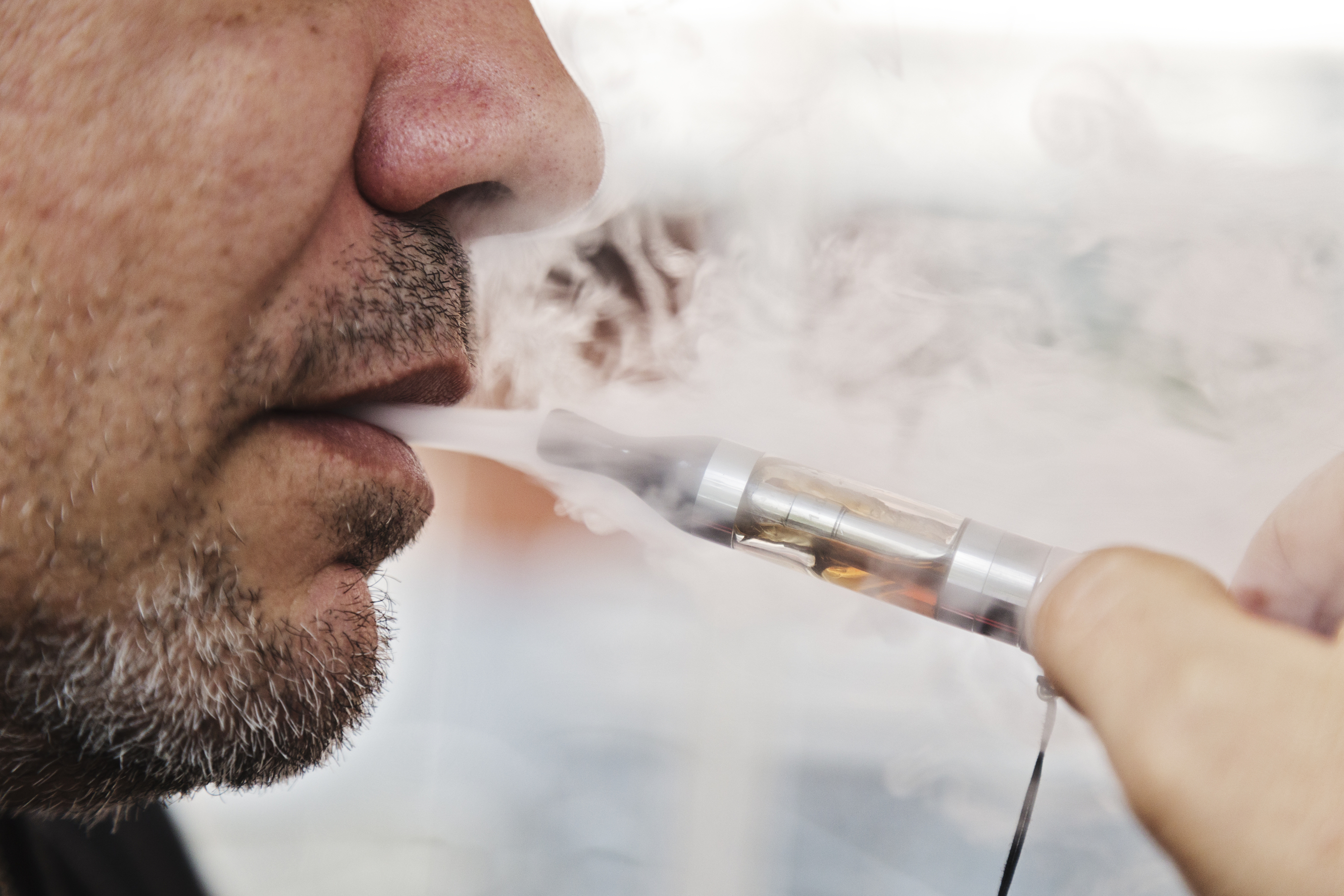 Bosses have been told to set aside a room to allow staff to puff e-cigarettes at work and give them extra break-times for their habit.

New official advice urges employers to make the vaping devices a “more convenient option” – to encourage workers to give up traditional cigarettes, which are far more harmful.

Workers should not be forced to vape outdoors – in places set aside for regular smokers – because this will “undermine their ability to quit smoking”, the advice says.

And, because e-cigarettes deliver a smaller nicotine hit, users should be allowed extra breaks for the “frequent interim top-ups” they need.

Companies are also told to make clear that vaping is not smoking – the guidance reads: “To avoid confusion, do not use smoking terminology when referring to e-cigarettes.”

The new guidelines have been issued by the Government watchdog Public Health England (PHE).

Professor Kevin Fenton, National Director of health and wellbeing at PHE, said: “The evidence is clear that vaping is much less harmful than smoking and that e-cigarettes are helping many smokers to quit.

“This new framework will encourage organisations to consider both the benefits and the risks when developing their own policies on e-cigarettes.

“Different approaches will be appropriate in different places, but policies should take account of the evidence and clearly distinguish vaping from smoking.”

PHE has abandoned the “precautionary principle” towards e-cigarettes after concluding they are around 95 per cent safer than smoking.

It is targeting ill-informed companies which have imposed the same strict rules – normally requiring vapers to go outside, after smoking was banned in all workplaces.

The guidance says: “Vapers should not be required to use the same space as smokers, as this could undermine their ability to quit smoking and stay smokefree, particularly among those most heavily addicted.

“To maximise the number of smokers switching to e-cigarettes, vaping should be made a more convenient, as well as safer, option.”

An indoor space is suggested, because “forcing smokers outdoors has increased public visibility of smoking, including to children and young people”.

However, Public Health England says smokers require only “one cigarette every hour or so, and in a short space of time” to achieve the blood nicotine level they crave.

“This difference should be taken into account, particularly when developing policies for workplaces.”

E-cigarette vapour can be irritating to people with asthma and other respiratory conditions, it admits and their needs “should be taken into account”.

But vaping should be only be banned outright in schools or other workplaces where children are present, the guidance states.

Around 2.8m adults in Great Britain use e-cigarettes, almost all of whom are smokers or ex-smokers – with few young people taking up the habit, Public Health England says.

Vaping has become the most popular method for quitting smoking “and a developing body of evidence shows that they can be effective”.