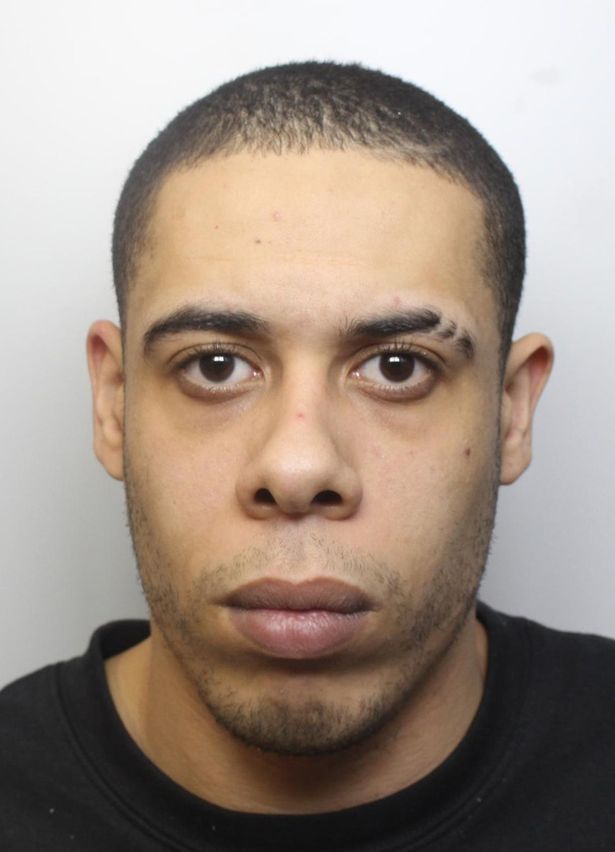 A killer has been sentenced to life imprisonment for the “selfish and brutal attack” of a 21-year-old sex worker in a managed red light district.

Lewis Pierre, 24, was told he must spend a minimum of 22 years in prison for the murder of “vibrant” Polish-born Daria Pionko.

Miss Pionko was led to believe that Pierre wanted sex with her before he brutally attacked her in the Holbeck area of Leeds, West Yorks., just days before Christmas in 2015.

Following the vicious attack on December 22, Pierre spent a portion of the £80 he stole from Miss Pionko’s handbag on food and cannabis.

Sentencing Pionko today (Tues), Mr Justice Goss said: “It was a selfish and brutal act that ended the life of a vibrant Polish woman who had been in the country for ten months.

“She was only 21 years of age and had her life before her.

“That Miss Pionko was working as she was increased her vulnerability but it did not dis-entitle her to the protection of the law.”

She said: “It is an arrangement with Leeds City Council that within set hours during the night-time, within a very specific area, that is not a residential area, that neither the sex workers nor the customers who went there for sex would be arrested.”

Pierre, who has previous convictions for battery of a female partner and robbery, stood impassive in the dock as Mr Justice Goss asked if he was paying attention during sentencing.

Leeds Crown Court heard that Pierre had “disadvantaged” Miss Pionko by leading her to believe he wanted to have sex and then, with her lower clothing down, he preceded to rob her.

Mr Justice Goss said: “I am satisfied that motivated by the belief that as a tall, powerfully built, fit young man you thought you could take advantage of her.

“When she resisted, you used force to rob her. I am satisfied that when she was on the ground, you used your shod foot in the attack upon her.

“You not only shattered bones in her nose and the orbit of her left eye but also her brain so she was concussed and unconscious.

“In your total disregard for her as a person, and driven by your own selfish desires, her life ended in the miserable circumstances in which I have just described.”

Reading a statement on behalf of Mrs Pionko, prosecutor Kama Melly, QC, said the death of Miss Pionko had a “tragic effect” on the whole family.

“She was a good human being and she left many friends behind her. About 200 people came to her funeral.

“We miss her every day. She did not die, she still lives in our hearts.”

After the sentence, Detective Superintendent Simon Atkinson, of West Yorkshire Police described Pierre as a “dangerous individual” who “opportunistically targeted Daria to rob her on his walk home from work after spending the day penniless.”

Describing the investigation, he said: “Pierre was caught as a result of a detailed and comprehensive police investigation, which had an unprecedented amount of assistance from the other women working in the area and the third sector agencies that support them.

“We hope that knowing Pierre has now had to answer for his actions will provide some degree of comfort to Daria’s family and some reassurance to the wider community.”

When asked if the women coming forward to help in the investigation was because of increased confidence of the managed area of Holbeck, Detective Atkinson said: “Yes, I think the work that we are doing with other agencies in the Holbeck area has significantly helped.

“We have created an environment where these women are able to feel they can come forward to police.”

However, he was unable to comment on whether he believed the managed area should remain and said: “That is a decision for other people, my focus is on this investigation and clearly taking a very dangerous individual off the streets.”