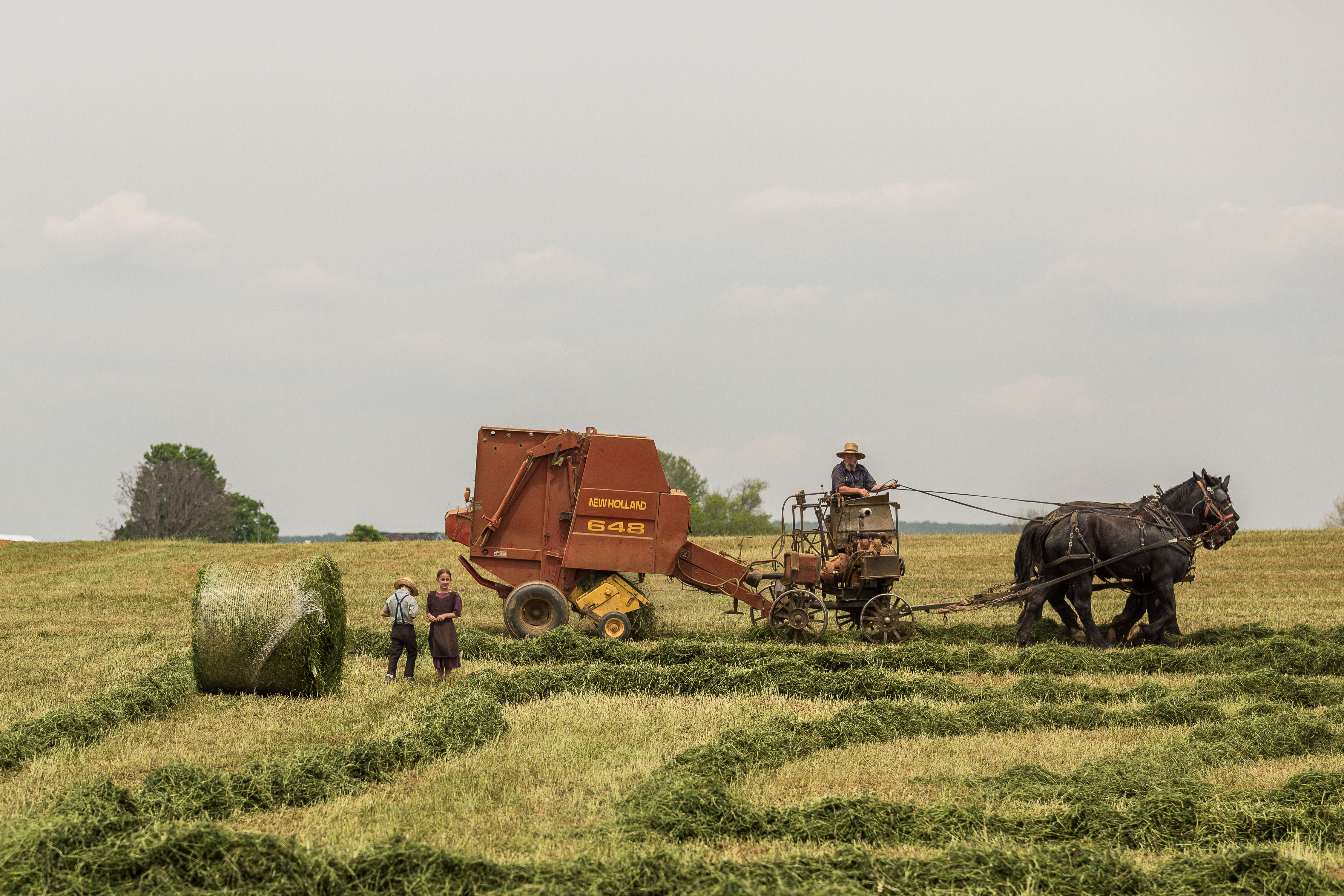 A farmer celebrating 50 years in the job yesterday (Mon) revealed he has only taken one day off ill – after his wife forced him to stay at home.

George Neeve, 65, grew up as a young lad on a farm and started to help his dad out only due to boredom, but he ended up getting hooked on the land.

Despite starting work at the age of 15, George has only ever had one day off thanks to his wife who made him stay at home after being violently sick and unable to walk.

Yet the grandfather-of-nine was back at work the following day and in the height of the farming season he can be out from 7.30am until 11pm loving life on his tractor.

Father-of-three George from Harleston, Norfolk, said: “I absolutely love it, everything about it I just love.

“That one day I took off I was just sick, sick, sick, that was all. My wife banned me from going to work but that was back in the late 80s if I remember correctly.

“I’ve never been tempted to pull a sickie, I just enjoy it so much that the thought never crossed my mind.

“During the summer season it can be flat out but I still feel full of life – the only time I’ll give up is if it’s pouring down with rain.”

George has been working on the Gawdy Hall estate near Harleston, Norfolk, for the past 50 years and even remembers his starting date, July 11, 1966.

Before starting work he didn’t miss a single day of school either – even though he had to cycle four miles there and back every day.

This week George’s record will be recognised at the Royal Norfolk Show where he will be presented with a long service medal for services to agriculture.

He said he was really looking forward to the day and added: “I guess there aren’t many who can say they’ve achieved the same as me so that makes me feel good.”

George says he has “no thoughts” of retiring any time soon and hopes to carry on for at least another five years.

“It must be a job that keeps you healthy. I feel I am up for any challenge”, he added.

The farmer first began driving on a tractor like the Super Dexta he has at home which he shares with his cake decorating wife of 40 years, Jill, 61.

George said the two of them are both hard workers, he added: “It’s good team work.

“People ask if we have ever had any ups and downs, and I tell them it’s always only ups. That is the god’s honest truth.”

George graduated to driving a pea viner and combine harvester as he turned his hand to every job, then in 1987 he passed his HGV test – his ultimate achievement.

The lorry is George’s favourite thing and his winter occupation is carting sugar beet to the processing factory.

But the farm also harvests a number of crops including wheat and barley.

He added: “l just love everything about working on the land.

“The weather doesn’t bother me. The governor says he doesn’t know what he has got to do to make me stop at home.

“I live a good life and I plan to carry on the way I’m going. I have got my health so why not.”

“We have had people here with 40 or 45 years before but not 50. Youngsters today do maybe four or five years and then move on.”