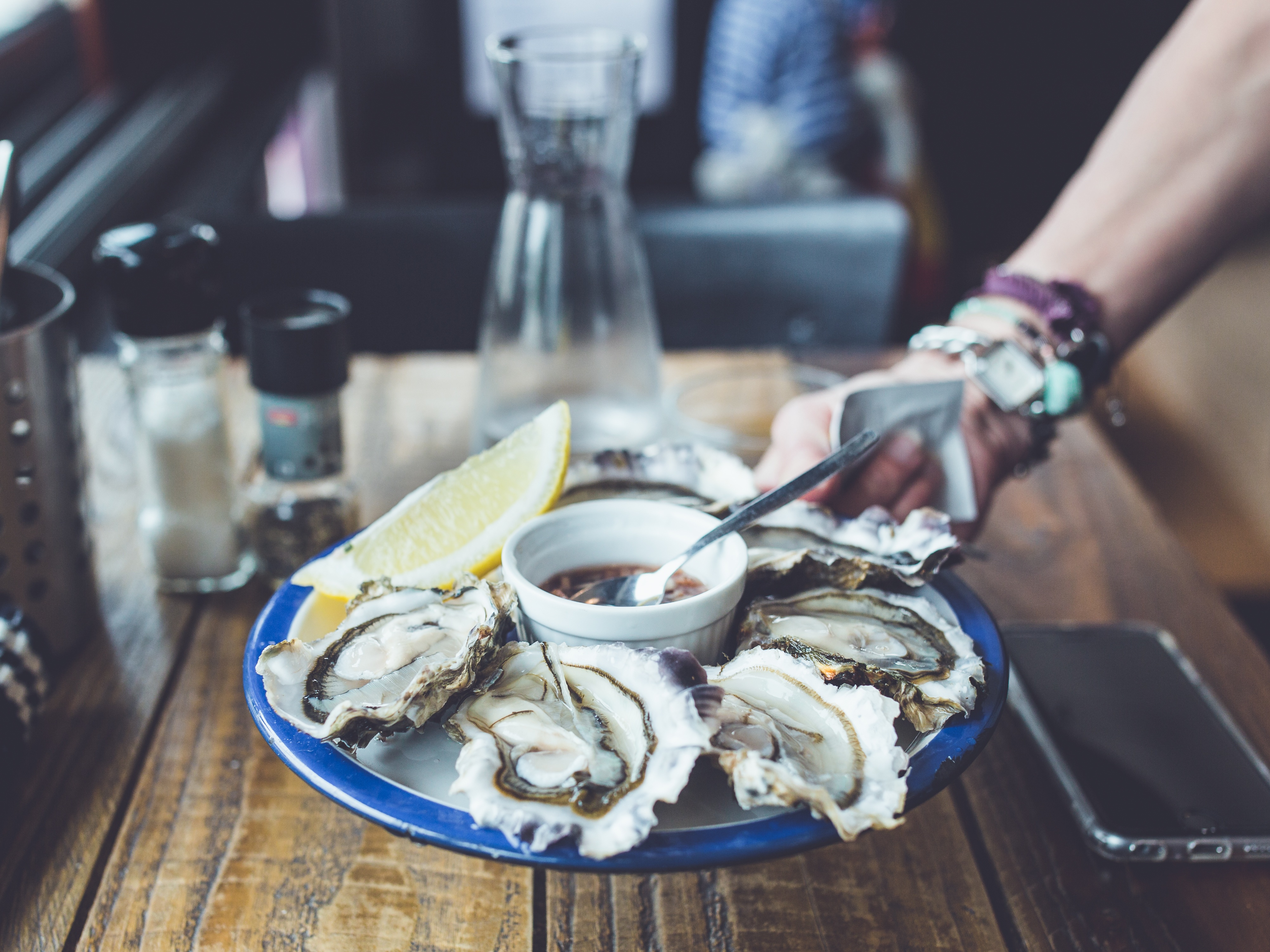 Moules mariniere may soon be off the menu as man-made climate change causes the oceans to become more acidic, new research warned.

Carbon emissions are making it harder for mussels to attach themselves to rocks and other surfaces, making them easy snacks for predators.

It means the tasty shellfish face difficulty keeping out of harm’s way as seawater’s level of acidity rises from the amount of CO2 it is absorbing from the atmosphere.

Professor Emily Carrington, of the University of Washington, said: “A strong attachment is literally a mussel’s lifeline.”

Mussels attach themselves to hard surfaces so they can filter plankton for food.

They generally live in tidal zones, where the strong waves and currents protect them from crabs, fish and sea stars.

But if a mussel falls off its perch, it sinks down into calmer waters where predators swoop and it is readily eaten.

The problem poses a threat to the mussel farming industry, estimated to be worth more than £1 billion a year.

Seawater reacts with carbon dioxide to form carbonic acid, which is expected to drop levels from pH 8 today, to pH 7.7 by the end of the 21st century.

The lower the level the more acidic the water.

The results could have severe implications for aquaculture.

In farms, the mussels attach themselves to ropes suspended in the water for six to twelve months while they grow to market size.

Currently, weak attachments can cause up to a fifth of the crop to fall off and be lost on the seafloor.

The researchers have shown the change in pH specifically affects the adhesive plaque which cements the mussel to the underlying surface.

Mussels make their attachment threads in a groove which runs the length of their foot.

In this, the pH level is tightly kept at between 2 and 3 to allow the different adhesive proteins to mix together.

When the thread leaves the groove, the higher pH of the surrounding seawater causes the proteins to bind together and the thread to solidify and strengthen, a process known as ‘curing’.

Prof Carrington said: “We investigated whether lowering seawater pH would affect the curing process of the attachment threads.”

Threads made by mussels in seawater with a ‘normal’ pH of 8 were then kept at either that, 7 or 5 to cure for 12 days.

Using a materials testing machine, the team found threads cured at the lower pH values were 25 per cent weaker than the controls.

Prof Carrington said: “We conclude mussels rely on the high pH of seawater to cure their adhesive effectively and form strong attachments.”

Furthermore, one mussel species Mytilus trossulus from the north Pacific also made fewer and weaker threads when the temperature of the water increased above 18 °C.

In contrast the Mediterranean mussel – Mytilus galloprovincialis – made more and stronger threads, suggesting warming oceans will increasingly favour them pushing out natives.

Although the global average ocean pH is only predicted to lower from 8.0 to 7.8 by the end of the century, this could still have a profound effect on mussel communities.

Prof Carrington said along the Pacific north coast mussels are already exposed at times to conditions that weaken attachment, and these periods may be longer and more severe in the future.

The results are being presented at a Society for Experimental Biology meeting in Brighton.