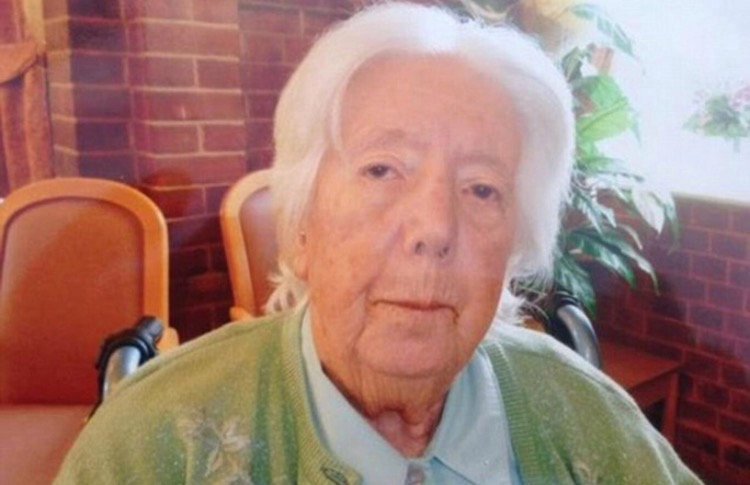 A one-armed army veteran admitted fatally ‘shooting his wife’ with a World War II revolver after going to visit her in a care home, a court heard yesterday (Tue).

Ronald Charles King, 87, is accused of murdering his dementia-stricken wife Rita, 81, at the De La Mer House care home in Walton on the Naze, Essex on December 28.

The “devoted couple” had been married for 50 years, before she moved to the residential home due to suffering from dementia.

A jury at Chelmsford Magistrates’ Court was told King killed his wife with a 1934 Enfield service revolver in what was described as a “sad and tragic case”.

King, who was wearing black glasses, a blue shirt and grey trousers denies murder and appeared in a wheelchair with his family in the public gallery for the first day of his trial.

Andrew Jackson, prosecuting, told the jury of seven females and five males that King had admitted the shooting to police.

He said: “It was on the morning of Monday 28 December last year, 2015, that this defendant Ronald King, now 87 years old, shot dead his 81-year-old wife Rita.

“And he did that in the care home at Walton-on-the-Naze where she was a resident.

“She had been a resident there because of the dementia from which she suffered for about two years.

“Ronald King admitted that he shot his wife dead, there is no dispute about that, and as you will hear in the evidence in due course in a tape recording interview.

Mr Jackson told the jury that he is aware they may have their own relatives or friends who suffer from dementia.

He added: “This is an extremely sad and tragic case as you will hear at the time of Rita King’s death she and Mr King had been married for 50 years.

“They have no children, they had spent their married life in Ilford in Essex until 2012 when they moved from there to a bungalow in Walton-on-the Naze.

“And it wasn’t long after they had moved to Walton-on-the-Naze that the first signs of Mrs King’s dementia began to besiege and you will hear all about that.

“There can be no debate that prior to his shooting of his wife, Mr and Mrs King had been a devoted couple.”

King, who was 86 at the time of the alleged shooting, has white hair and has no left arm below the elbow.