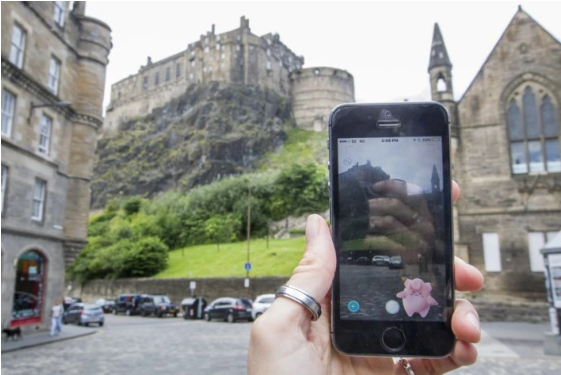 Trolls have posted sick jokes on social media suggesting missing Madeleine McCann can be found on the Pokemon Go game.

Across Twitter and Facebook trolls have made vile comments linking Madeleine to the new Pokemon craze, which sees people hunt for species of the creatures using a mobile phone app.

One post, by Scott Rennie, from Glasgow, showed a screenshot of Madeleine’s face on the Pokemon app, with the message: “Doon dalmuir park doing pre season wae ma gowdie boys when a stumbled across the rarest of Pokemon.”

Other highly offensive remarks posted on Facebook include one by Brad McKenzie which said: “If Madeleine McCann was a Pokemon she wouldn’t still be missing.”

And Kayleigh Vercetti, from Inverness, wrote: “If Madeleine McCann was a Pokemon she wouldn’t still be missing.”

Little Madeleine was just three when she disappeared in Praia da Luz, Portugal, in 2007.

Pokemon Go was released in the UK last Thursday after already becoming one of the most-downloaded apps on smart phones in America.