Businesses are always concerned with the productivity and the well-being of their staff, but creating a truly motivated workforce remains an exceptionally difficult challenge.

If you do notice that your employees appear to lack focus or energy, however, it is important to note that this may have nothing to do with their level of job satisfaction. In fact, recent research conducted by Direct Blinds has revealed the most sleep-deprived stations in the UK, while offering an insight into where the nations’ most tired commuters reside. 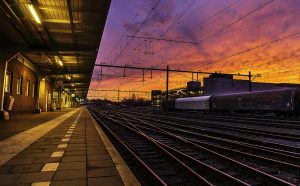 In this post, we will explore this issue in closer detail and appraise precisely how it effects your business.

A Look at the Numbers: Where Can You Find the UK’s Most Tired Commuters?

The study, which scored individual stations out of 100 for passenger tiredness, revealed that London Bridge had the most tired commuters in the whole of the UK. Much of this has to do with the prevalence of early trains that pass through the station, with London Bridge boasting by far the highest proportion of pre-rush hour carriages to passengers nationwide.

In fact, it serves a staggering 135,665 passengers on a daily basis, many of which clamour to board the 42 commuter trains that leave the station between 6.30am and 8.30am.

Unsurprisingly, the issue of tired and jaded commuters is most common in London, where congestion and a large professional population forces passengers to seek out earlier trains in order to avoid being late for work. This places a far greater demand on workers and their existing work-life balance, so it is little wonder that many are struggling to optimise their productivity at work.

A Geographical Divide: Does This Issue Impact on your Business?

The findings also reveal something of a national sleep divide, with London and neighbouring regions in the south providing the majority of hotspots for commuter tiredness. This is reflected by the fact that stations in the capital fill the top five spaces on Direct Blinds’ index, while Brighton and the commuter-belt favourite Reading also featuring heavily.

In contrast, Birmingham New Street, Liverpool Central and Manchester Piccadilly are the only Northern stations to reach the top 10. Given that these stations are based in the three most prominent cities in the north of the country, and the fact that destinations like Leeds and Newcastle do not feature at all in the top 10, the geographic divide becomes as clear as it is concerning for businesses in the south of the country.

While this issue is not exclusive to the south of the country, it is certainly one that provides a more pressing concern for businesses in the capital and surrounding areas. This is why it is crucial that firms in these areas recognise the issue, and take proactive steps towards improving their employee’s work-life balance.

Flexible working is central to this, as this enables employees to assume control of their schedules and work at times when they are at their most focused and engaged. Similarly, businesses should also look to embrace the principles of Bring Your Own Device (BYOD), as this lets employees use their own devices for the purposes of work and creates a culture of flexibility and empowerment that benefits staff members.