While concerns about the nations’ economic growth may remain pertinent, UK residents are still spending more than ever on travelling abroad. In fact, Brits made an impressive 9.4% more visits abroad in 2016 than they did the previous year, while spending an additional £3.5 billion during the same period.

With summer now upon us, all thoughts are turning to this years’ excursions, as citizens look to plan a relaxing but affordable break in the summer sun. 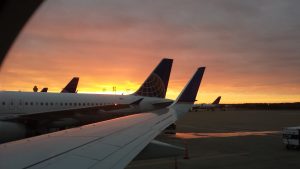 But which locations are the most popular among British travellers? Thanks to an insightful study by the Bolsover Cruise Club, we now have the answer!

According to Sources, Barcelona Tops the Average Brits’ Wish List

The study, which can be accessed here, reveals that the Spanish city of Barcelona is the UK’s preferred holiday destination, generating an estimated 522,800 searches each month. This was closely followed by longer-haul destinations such as Bali and Cape Verde, which have become increasingly accessible on the back of more affordable business-class flights and reduced accommodation costs.

The top five is completed by the romantic Hungarian capital Budapest and the picturesque Santorini, which generated 154,200 and 142,000 Internet searches respectively. The popularity of these locations also reflects a wider trend that has seen British travellers prioritise central and eastern European resorts during the last four years, with previously unheralded destinations such as Reykjavik and Dubrovnik recording 106% and 49% online searches each month.

Is This Likely To Change Any Time Soon?

It is interesting to note that the Catalan capital of Barcelona has actively remained in top spot since 2013, so this is unlikely to change any time soon. Other countries have enjoyed peaks and higher monthly search increases during this time, however, with Malta achieving a four-weekly volume of 92,200 during 2013. The Maldives enjoyed similar popularity the following year, delivering an average 93,800 searches per calendar month.

In 2015, Dubai emerged as a fashionable holiday destination, with the Qatar capital averaging an impressive 175,300 monthly searches throughout the year.

Aside from the enduring popularity of Barcelona and the growing appeal of affordable, Eastern European locations, however, it is also apparent that beach locations continue to perform better than city breaks during the summer months. This should perhaps stand to reason given the desire of citizens to enjoy a sunshine break that helps them to escape the cold and the drizzle of the UK, but the fact that this trend continues during the winter is extremely interesting to note.

The Last Word for Holiday-makers

If Barcelona is to be dislodged as the number one holiday destination for Brits, it is most likely to be ousted by coastal resort in Central or Eastern Europe. After all, this will enable UK citizens to pursue their passion for sun-worshipping and adventure in equal measure, while it may also help them to save money without compromising on their travelling experience. With the spectre of Brexit and the UK’s departure from the EU looming large, this may be the decisive factor when determining holiday destinations in the next five years.