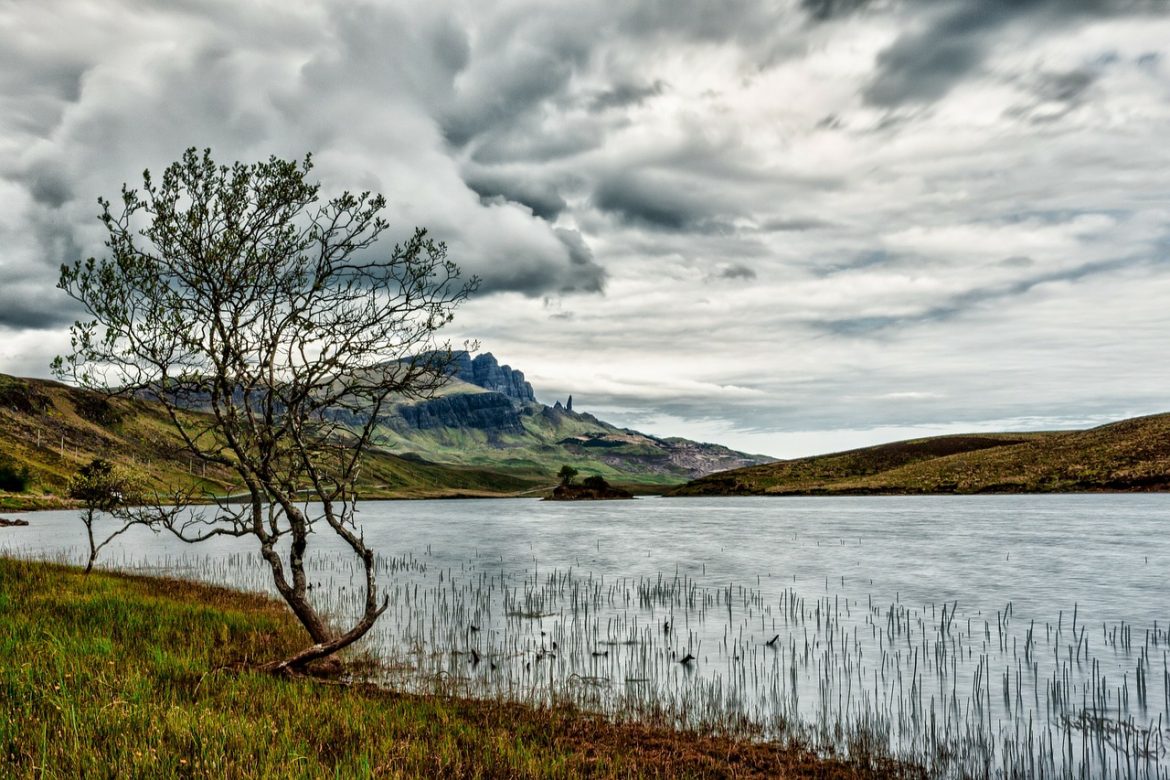 The truth behind five of the myths in Netflix’s historical political drama.

Viewers around the world have tuned in to watch Netflix’s immensely popular drama ‘The Crown’, each keen to see how the royal family operates and what Prince Philip’s school days were like. However, contrary to common misconception, the drama isn’t a documentary, and it’s easy to mistake fiction for fact. Viewers should remember that ‘The Crown’s’ writers fictionalised  many scenes for dramatic effect, and the creator describes the drama as ‘an act of creative imagination’ with a ‘constant push-pull’ between research and drama.

Nonetheless, this dramatisation has raised a few eyebrows – especially when viewers reached season two, which covers Prince Philip and Prince Charles’ school days at Gordonstoun – with quite a bit of fictional embellishment. News sources reported that even Queen Elizabeth herself was left ‘sad and annoyed’ at the untrue depictions in the ‘Paterfamilias’ episode (season two, episode nine).

So, here they are: the five biggest Gordonstoun myths from ‘The Crown’.

‘The Crown’ depicts Gordonstoun’s founder, Dr Kurt Hahn, as a disciplined, harsh headmaster. But Hahn was actually a Jewish pacifist who fled to Scotland when the Nazis took over Germany in the 1930s. His pacifist beliefs and background instilled a sense of compassion in Gordonstoun, which he led with the philosophy that pupils should take care of one another. Prince Philip developed a strong rapport with Hahn over the years and, in his final year at school, became ‘Guardian’ (head boy), a term Hahn used to symbolise the importance of looking after others.

Gordonstoun has preserved Hahn’s philosophy of compassion and pacifism to this day and has no military affiliations.

‘The Crown’ dramatises Gordonstoun pupils enduring early morning runs and ice-cold showers. While Gordonstoun’s daily schedule did include a short morning run followed by a cold shower in its early days, the timetable also included plenty of time for boys to relax or enjoy reading and outdoor sports. Ironically, many public schools have now adopted the ‘daily mile’, and cold-water wild swimming is a popular pastime in the UK. Nevertheless, the early morning runs have long since disappeared from Gordonstoun’s daily schedule, and pupils are free to take cold or hot showers as they prefer.

When Prince Philip sadly passed away in April 2021, many Gordonstoun pupils completed the morning run to the Moray coast that Prince Philip often did at school.

While some scenes in ‘The Crown’ are based on elements of truth, the scenes that show Prince Charles in his cold, draughty dormitory are purely fiction. In reality, Gordonstoun accommodated Prince Charles at Windmill Lodge, a dormitory that opened just three years before his arrival. The dormitory offered all the modern amenities of the day.

Gordonstoun continues to regularly update and refurbish its comfortable, warm accommodation. Today, the school has nine boarding houses – three for female pupils and six for male pupils – where pastoral staff and tutors meet pupils to offer home-away-from-home support. Gordonstoun even invites pupils to attend a ‘weekly brew’ with their house parents. The pastoral staff are an invaluable resource for pupils, offering emotional support, assistance with personal organisation, and guidance on homework.

Many people will remember the scene in ‘The Crown’ where Prince Philip builds a gatepost. But this was another case of the writers taking a bit of creative licence. Prince Philip didn’t build a gatepost, though he did help to build a pigsty on the school property, which unfortunately no longer exists. He also helped to build a ‘Watchers Hut’ on the nearby coast. Prince Philip himself was a ‘Watcher’ (the precursor to the Coastguard). Gordonstoun also understands that Prince Philip built a wooden sailing boat during his time at school.

Gordonstoun pupils were often involved in helping with various building and renovation projects around the school during Gordonstoun’s early years. Today, service is still an integral part of life at Gordonstoun, and pupils each support one of nine services in the local community, including the Scottish Fire and Rescue Service. Gordonstoun has a fully operational fire station – the only UK fire station crewed by young people – on its campus, and pupil volunteers attend an average of 40 callouts a year.

Myth 5: Gordonstoun Is an ‘Elite’ School for Wealthy Families Only

‘The Crown’ may create the impression that Gordonstoun is an elite school for the wealthy only, but this couldn’t be further from the truth. Since opening in 1934, Gordonstoun has welcomed children from all backgrounds through its doors. In the school’s early days, Hahn even encouraged wealthier families to pay higher tuition fees so the school could offer lower tuition rates for pupils from lower-income families.

Many years on, in 2019, Prince Philip endorsed the Prince Philip Gordonstoun Foundation , an endowment fund that makes it possible for children from all backgrounds to attend the school and enjoy a life-changing education. Today, approximately one-third of Gordonstoun pupils receive financial assistance to cover tuition fees (up to 110 percent). Gordonstoun is currently forming plans to offer more financial support for lower-income families.

Several members of the British royal family attended Gordonstoun after Prince Philip, including his sons Prince Charles, Prince Andrew, and Prince Edward. Both Prince Charles and Prince Edward followed in their father’s footsteps at school, also becoming ‘Guardian’. Prince Philip’s daughter, Princess Anne, couldn’t attend Gordonstoun as it only admitted boys when she was a child. However, she is now Gordonstoun’s warden and her children – Prince Philip’s grandchildren – Zara and Peter Phillips also attended the school.

When Prince Philip passed away earlier this year, staff and pupils celebrated his lifelong commitment to Gordonstoun by sailing the school’s yacht out to sea from Hopeman Harbour (where Prince Philip learnt to sail) and laying a memorial wreath in the ocean. The school also released copies of his school photos and reports in advance of his 100th birthday.

In these report cards, Hahn described Prince Philip’s ‘undefeatable spirit’ and highlights his ‘meticulous attention to detail’. He noted that Prince Philip ‘never lost the childlike quality of becoming absorbed by whatever he tackled, almost to the point of oblivion. And his absorbing activities varied from the captaincy of the First Cricket and First Hockey Elevens to the building of a pigsty and repairing or cleaning jobs on his beloved Prince Louis, the schooner named after his grandfather and baptised by his grandmother’.

Having endured a turbulent childhood outside of school, Prince Philip found a sense of home in Gordonstoun and stayed in touch with the school throughout his life. In 1956, he worked with Hahn to launch the world-famous Duke of Edinburgh (DofE) Award, which has given over 1.3 million children around the world the chance to enjoy invaluable experiences and develop essential life skills. Prince Philip has since presented many young people who have taken part in the DofE Award with their gold award certificates.

In 2014, Prince Philip returned to Gordonstoun to celebrate the school’s 80th anniversary. He insisted on queuing for lunch with the pupils instead of having his meal brought to him. And, last year, Gordonstoun’s pupils produced honey and apple juice for Prince Philip, which they sent to the royal family’s holiday home in Balmoral. Prince Philip wrote to let them know he had immediately added their gifts to his breakfast table.

Gordonstoun is an independent, public school in Moray, Scotland that welcomes pupils from around the world. The co-educational school boasts a tranquil 200-acre campus with a blend of historic and state-of-the-art facilities. Pupils not only enjoy learning in the school’s beautiful landscapes but also make the most of in-classroom industry-standard equipment during their studies. Gordonstoun enrolls around 500 boarders and 100 day students at its junior and senior schools, accommodating children aged 4–18. As a diverse school, only around one-third of the pupils come from Scotland. Another third come from other parts of the UK, and the final third come from overseas.

Gordonstoun’s ethos focuses on building life skills, not just academic skills. The school’s curriculum brims with both traditional subjects and character-building experiences, expeditions, and artistic opportunities. Gordonstoun employs more than 100 instructors, who help pupils excel in virtually any interest and enable them to enjoy one of the lowest pupil-to-instructor ratios in the UK. 96 percent of Gordonstoun graduates go on to pursue higher education opportunities.

Gordonstoun was the inspiration for the Outward Bound Trust, an educational charity that helps over one million young people from all walks of life develop life skills on outdoor learning courses. The school is also a member of the Round Square Conference of Schools, a network of schools that enrich their curriculums with international understanding, service, democracy, adventure, environmental stewardship, and leadership.