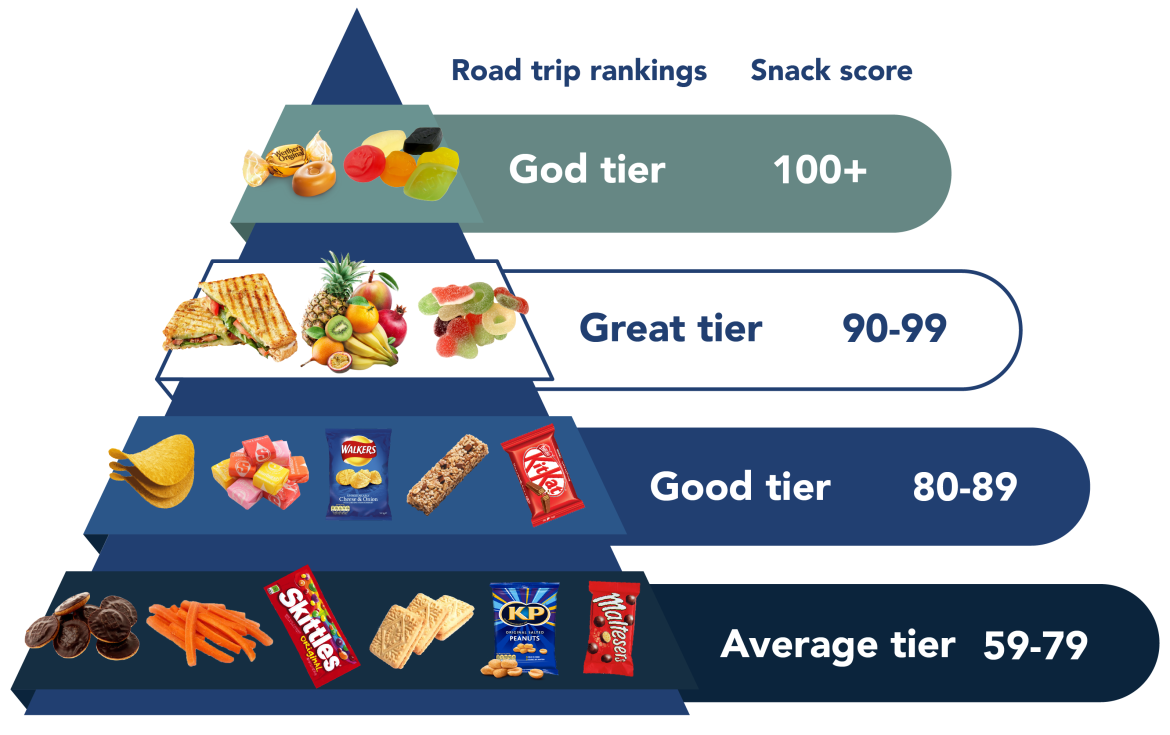 A need for nostalgia: Wine Gums and Werther’s Originals are the ultimate road trip snacks this summer, new survey finds

Nostalgic treats Wine Gums and Werther’s Originals are surprising snack champions in 2021, beating out trendier brands like Oreo and Doritos to claim the top spots.

As two of the longest-serving sweet snacks available in the UK (both over 112 years old), the survey proves that Brits choose tradition over newer, younger choices when selecting a good quality road trip snack in 2021.

The survey by Macklin Motors aggregated an overall “snack score” based off rankings in four criteria: length of journey, price, messiness, and storage. Werther’s won the ‘least messy’ award in the survey while Wine Gums scored the best for storage.

As for savoury snacks, the British public said they thought sandwiches, Pringles, and Walkers crisps were the best for road trips overall.

More than half of respondents (52 per cent) said they would choose a road trip snack according to which was the least messy. That they are also able to travel well in the car (46 per cent) and easy to store (43 per cent) were two other high priorities for British staycationers.

Moreover, a road trip snack is very rarely chosen for taste or satisfaction/satiation; it is more about having something practical and convenient to munch on.

Brits were least likely to take ice cream, pastries, and doughnuts on a long road trip as they were considered the messiest of all the snacks.

The only chocolate bar to feature in the ‘least likely’ list was Cadbury Flake. Despite recent findings by an Instagram user that proves it will never melt (ideal for hot cars during summer), the Flake was rated very poorly on the ‘messy’ scale which brought its score to the bottom of the snacking pile.

When just price was analysed, sandwiches came out on top (27 per cent), followed by healthy treats, fruit (20 per cent) and carrot sticks (18 per cent). It therefore looks like Brits weigh up ‘value for money’ by thinking about which snacks are the most nutritious and filling.

With the majority of Brits (51 per cent) planning a long UK road trip or staycation this year and more than half (53 per cent) saying they always take snacks with them on a long trip, having an ultimate road trip snack guide couldn’t come at a more opportune time.

“Just like choosing what to pack in your suitcase, the same level of detail goes into selecting the best snacks for the long journey ahead.

“Finding a practical snack that won’t create a need for a valet after the trip is done is evidently top priority. But it is heart-warming to see that long-serving British favourites Wine Gums and Werther’s Original continue to dominate staycations.

“It seems the need for nostalgia is very much alive and kicking in 2021, especially after the year we have all had.”