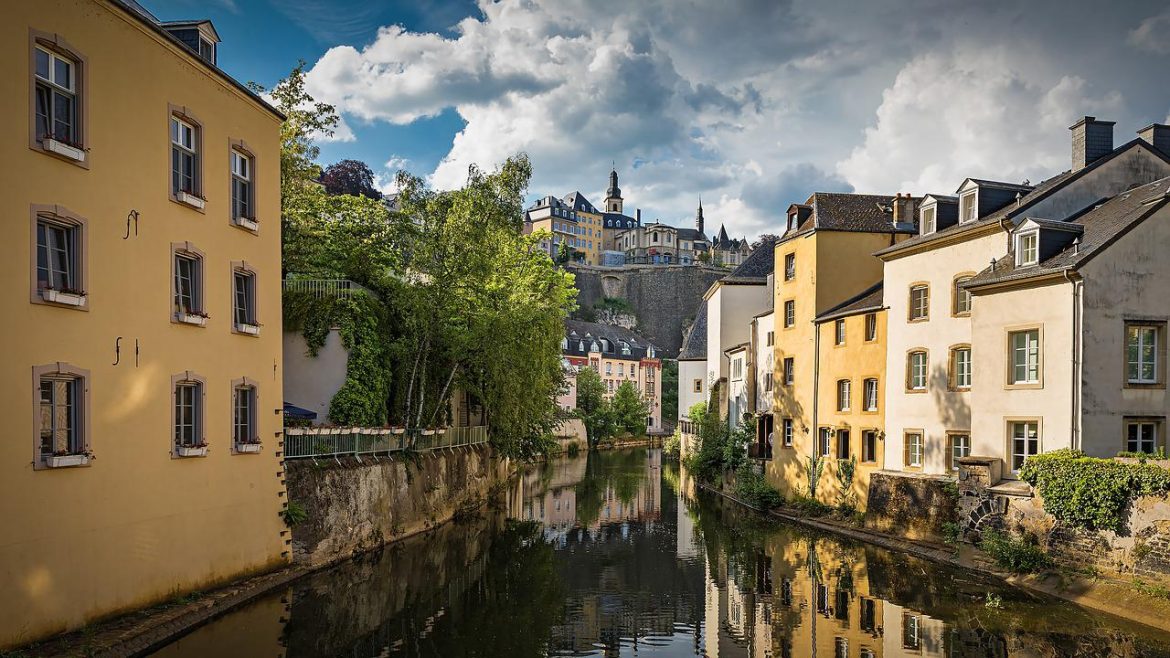 The old City of Luxembourg, with its fortifications and lengthy history, is part of the UNESCO World Heritage list.

Due to the strategic location of the City of Luxembourg, for centuries it was well known as a fortified city and repaired and reinforced by those holding the power over the city, from the Roman Emperors to the latest Prussians.

Today, what remains of that brilliant past is a UNESCO World Heritage Site.

History of the old City of Luxembourg

The records show that the oldest fortification dates to the 10th century, with a small castle positioned on an unreachable rocky wall. A few hundred years later the nearby settlement was protected with a fortified stone wall, which kept expanding as centuries passed and the settlement grew.

It wouldn’t be until the 14th century, when the Burgundy, and then by extension the Spanish, would take charge of the city and transform it into a real fortified town. After that every power taken over the city would continue the efforts of keeping it safe and secure. And it was rather an easy task considering the rocky wall that protects the old City of Luxembourg to all sides except the west.

What is most interesting today is that the old city still preserves its cobbled streets and important buildings, and they are very careful today to keep the architecture from a history that dates back 1000 years.

Maybe due to being so well protected, even after the 19th century, when the fortified walls were dismantled, the city is still an authentic example of extreme historical relevance.

Today, visitors can enjoy a first-hand visit of the old Luxembourg, and promenade the streets that long ago looked just the same.

A visit to the area should start in what is known as the Bock. This tall rocky cliff was where the original 10th century castle was located. A series of man-made caves face out of the wall and they were used to mount cannons that would be used to defend, from high above, the position of the castle. Tunnels connect these windows on the cliff, making it easy to reach different areas and accumulate ammunition.

Connecting the Bock with the Old Town there is a bridge called Pont du Chateau. Built in the 17th century by the Spaniards, its arches are a defining point in the view of Old Luxembourg.

Part of the old, fortified walls are still standing and protect what today is known as the Grund, without a doubt the best place to walk around and experience how old this town is and its history.

On top of the wall there is a balcony, as well as a long walk down, decorated with gardens. To go back up from the Grund to the newer town, there is an elevator.

Best time to visit the old town and experience the charms of the Grund is in the summer when the streets are filled with tourists and locals, some enjoying a beer on a terrace on top of the small river, where ducks are dancing around, and the atmosphere is filled with that charming air of old and new together. The Old Town is also a great place for nightlife, with bars and clubs, many of which take to the streets in the summer.

Getting around in Luxembourg

Getting around Luxembourg is easy thanks to the very efficient public transport, the availability of bicycles, and even walking is more than possible to enjoy the city without much hassle.

To go to or from the airport, your best chance is to use a smart service like door2gate. Just input where you are staying or where you want to go from the airport, anywhere in Luxembourg and the greater region, and get a shared ride that will cost you less and will leave right at the door of wherever you are staying. Best way to avoid carrying your luggage around trains and buses and wasting time trying to find your way around.