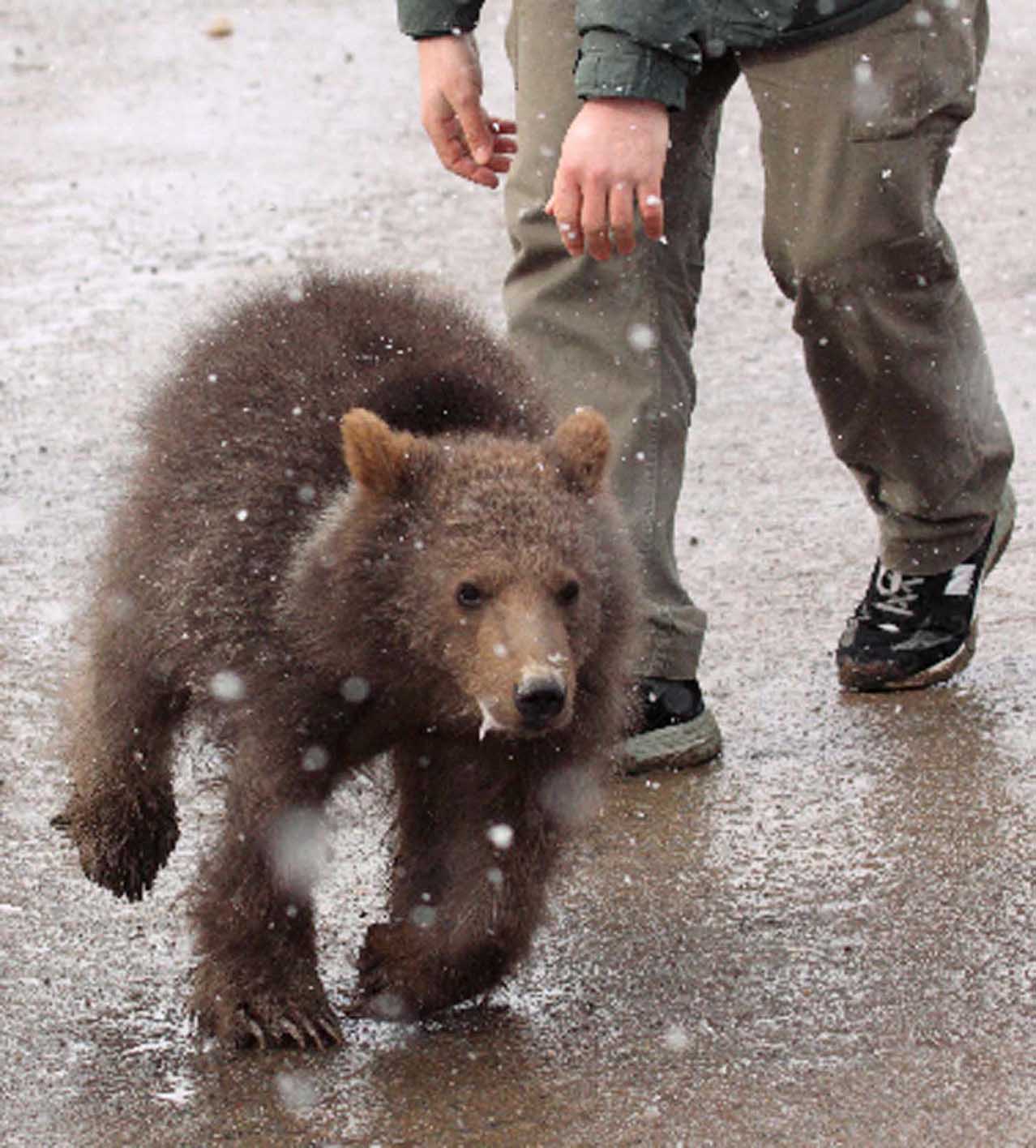 SIPPING from a can of condensed milk, this is the moment a tiny orphaned bear cub is rescued from the wilderness of a warzone and guaranteed a brighter future.

The eight-month-old cub called Misha faced uncertain times in Georgia after his mother was killed and he was left to risk his life alone in the wild.

But an international rescue team intervened and the stranded cub was saved before it was too late.

Adorable Misha was taken in by villagers in the tiny village of Abisi, near the Georgina capital Tbillsi, around five weeks ago, where he was been looked after in a warehouse.

Too tame to be released into the wild, the cute cub would soon grow into a 2.5m tall adult and become too difficult for the locals to take care of and feed.

The rescue mission began after he was spotted by EU patrol groups in the region.

Spokesman for the charity Louise Rowan said: “We got a call asking for help as the bear had been spotted by the EU monitoring mission and people were talking about it.

“He is only a little bear but when is bigger he will grow to two-and-a-half metres tall. They could not have looked after him in the long term – that is why we got involved.”

The charity pulled together an international team of experts to help with a speedy rescue mission, which took just over two weeks to organise.

Conservationists Fauna and Flora International and NACRES co-ordinated the rescue locally and helped with negotiations while a vet from Twycross Zoo in Warwickshire travelled to the small village to ensure the welfare of the animal during his journey to a new home in Romania.

“Now he will have a really good home and be looked after and have the freedom of the sanctuary.”

Misha was transported to Tbillsi Zoo, where is is staying temporarily while travel permits and arrangements are finalised.

His new home at The Libearty Bear Sanctuary is made of 70 hectares of rolling hills forests and ponds, close to the Piatra Cralului Mountains, which forms of part of the Southern Carpathians mountain rage.

It is home to 55 bears that have been rescued from captivity and abuse.

Wildlife documentary filmmaker Fergus Beeley – who has worked with Sir David Attenborough on documentaries “The Life of Birds” and “Planet Earth” – has been in Georgia capturing footage of Misha’s journey as part of a film he is making on bear conservation in the region.