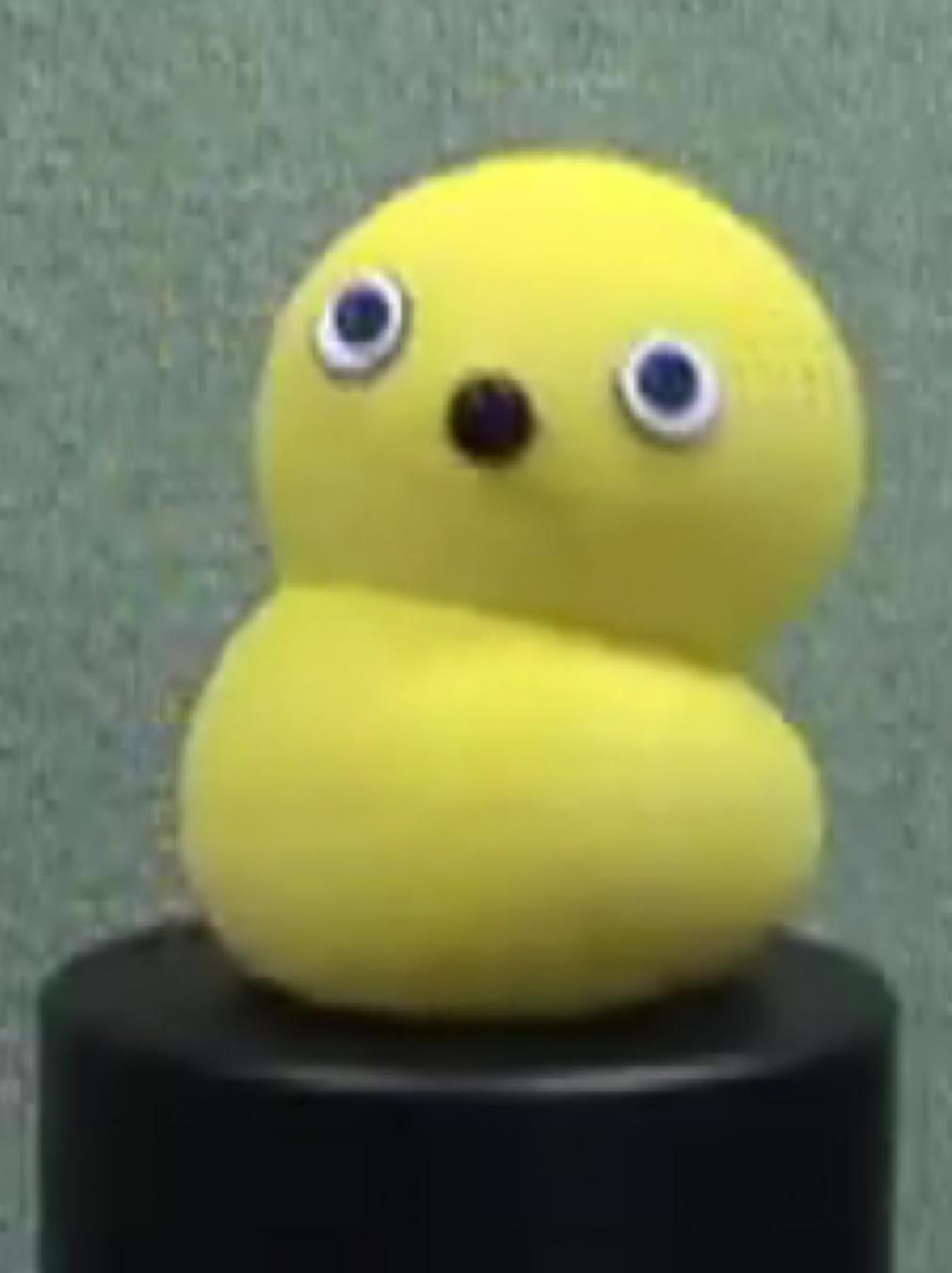 A DANCING yellow blob developed in the UK has become the latest must-have craze after becoming a worldwide hit.

The quirky invention – which at first glance appears to just be a blob with a cartoon face- dances and bops perfectly in time to music, and is a modern day take on the famous ‘dancing flower’ of the early 90s.

It has already taken the USA by storm and is expected to do the same here – with it already being tipped as a Christmas best seller after Argos and Debenhams agreed to stock the product.

Fans have already joked that the cute £35 device dancers better than themselves, and videos on Youtube have attracted in excess of 4 million views.

Richard North, founder of Wow! Stuff, who developed the product, said: “We know it’s going to be a blockbuster and the biggest product we’ve ever sold.

“We’ve been working on it for over a year now and it reacts and picks up the beat when you play music.

“It’s got microservers in it that understand the type of music you are playing and even if you click your fingers it will move in time with your fingers. It’s addictive”.

The toy’s story began when Japanese scientists developed a far more elaborate version of the device to help autistic children with their development.

The robot, which will be sold as the My Keepon in the UK when it goes on sale in September, also dances to music from iPods when they are plugged in to its speakers.

Richard, from Wolverhampton, said: “Toys R Us in America took one look at it and said it was going to be the biggest toy this year and bought all of the first production line.”

Its popularity across the Atlantic has meant that its UK launch has had to be delayed while more are made. An estimated 2.5 million will be produced as an initial worldwide run.

“It’s just so unique and unusual and it appeals to all age groups, from eight-year-old girls to 30-year-old executives.”

Richard said that DJ Dane Bowers had already asked for the toy to put on podiums while he DJs around Europe.

“What we do differently from the big toy manufacturers like Mattel is to tap into YouTube and Facebook. Instead of saying we’ll invent everything here, we ask people to tell us what would make a great product,” he added.

The firm, which had a hit last year  is aiming to hit GBP17m in sales this year and GBP350m by 2014, and will use the money to boost its exports.

Millions of internet users have given their verdict on the dancing device.

dantheradarman, said: “SO CUTE! I WANT; ONE.” while ColorzBox  wrote: “He keeps his rhythm better than most dancers at a club.” and another user writes ‘could watch this thing dance. all. day.’