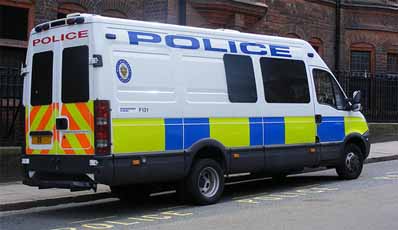 AN ACTING chief constable is being investigated over a GBP2 million timeshare property crash, sources have claimed.

Gordon Fraser, 47, was suspended by Leicestershire Police in December following allegations described by the investigating force, Merseyside Police, as being of gross misconduct and fraud.

Two unidentified officers from West Midlands Police and a member of the public are also under investigation. The officers have also been suspended.

A source said: “It appears money was borrowed from banks in the USA which bought timeshare properties in Florida about six or seven years ago.

“Officers and others were then invited to invest in the properties and use them as holiday homes.

“Some people invested over &pound;40,000  but it was well before the credit crunch when the Florida property market slumped, leaving lots of investors out of pocket and very angry.

“It seems like a well-intentioned property deal in a dangerous market that has well and truly backfired on everyone involved.

“I am told the money involved could be as high as &pound;2 million.” Recent US statistics paint a grim picture of the Florida property market, with nearly 1.6 million houses currently vacant  a 63 per cent increase since 2000.

Yet the Sunshine State, popular with British holidaymakers and retired Americans, experienced some of the most rampant housing speculation during the run-up to the credit crunch.

Investigation In total, Florida homeowners have lost about $122 billion (£75 billion) in home equity in the last five years alone.

Mr Fraser had worked for West Midlands Police for 22 years before joining the Leicestershire force.

The allegations were originally referred to the Independent Police Complaints Commission, which recommended investigation by another police force.

A spokesman said: “Merseyside Police is carrying out an ongoing and complex investigation which involves a significant number of investors and allegations of fraud exceeding &pound;1 million.

“The overseas inquiries necessary in this case add an additional layer of complexity.

“The investigation is ongoing and so it would be inappropriate to comment further at this time.”

During his time at West Midlands Police, Mr Fraser worked in various roles including as Head of Intelligence, Head of Crime and Head of Business and Service Improvement.

In 2007 he oversaw a record &pound;20 million drugs bust in which cops recovered a 700lb haul of cocaine and cannabis from an industrial unit in Dudley.

But a close friend has previously said the top cop strenuously denied any wrongdoing and was confident of clearing his name.

The source added: “He is confident he is going to be exonerated and is still positive about the job he loves.”