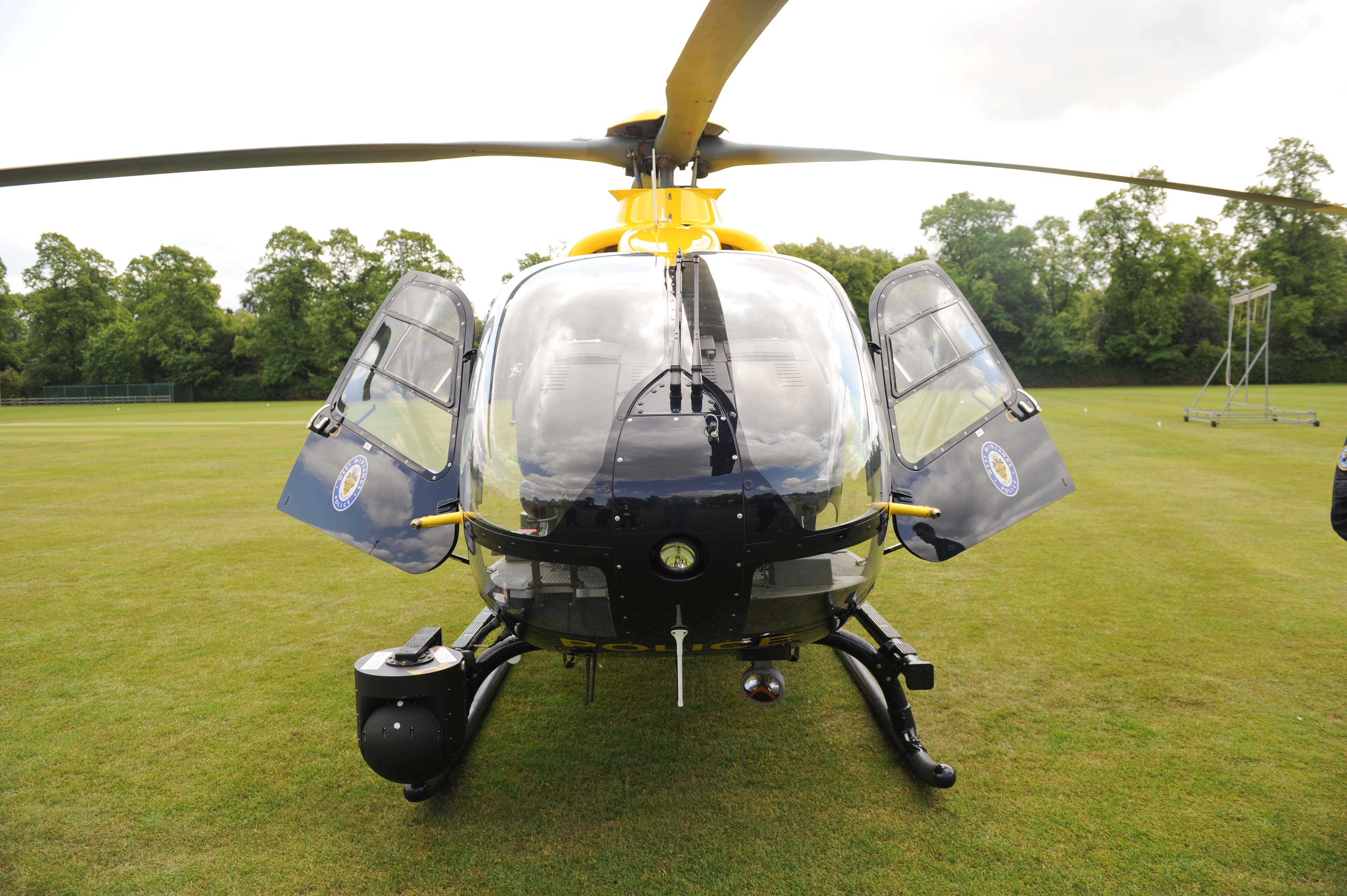 COPS yesterday offered an unprecedented insight into what is regarded as one of the world’s most advanced police helicopters.

The GBP4.5million flying machine, is West Midlands Police Force’s newest, and most advanced helicopter and  operates 24 hours a day, 7 days a week, covering 8 police forces, and deputising for the air ambulance when needed.

Unit Executive Officer, Dave Mitchell, described how the helicopter uses the latest high-tech equipment as well as a simple A-Z to help fight crime across the Midlands.

“The aircraft has two super zoom cameras, one HD camera, one low light camera and a thermal imaging camera, all mounted in a front pod,” he said.

“We also have a light called a night sun, it has the power of 30-40 million candles and can be used either to light up a whole area, or as an incredibly high powered spotlight.

“The two can be hooked up so that the spotlight follows wherever the camera is aimed.”

The sophisticated chopper can stay in the air for up to two and a half hours, depending on crew weight and conditions, and can broadcast messages and alarms through it’s powerful 700watt loud speaker underneath.

The amazing cameras can be used to find something as small as a mobile phone if required.

“When I was training for the job we had a great example of that,” said Dave. “An officer hid out in the woods for us to find with the helicopter.

“When we got back to base and debriefed he noticed he had lost his mobile phone out in the woods.

“We were able to bring up the infra red footage we’d taken on the flight and see where the phone had been dropped due to the heat trace a phone leaves.

“The cameras can be used to read number plates on cars, we can have an ANPR (automatic number plate recognition) system on board if we need it.”

The kit on the helicopter means those flying it have to be at the top of their game. The three man crew, made up of pilot and front and rear observers, have to keep an ear on up to four different radio conversations at once, as well as operating the equipment onboard.

The helicopter, which can fly at up to 160mph, covers Northamptonshire, Nottinghamshire, Derbyshire, Leicestershire, Warwickshire, Staffordshire, West Mercia and West Midlands police forces from it’s Birmingham base, alongside less sophisticated helicopters used by those forces, which aren’t operational 24/7.

But in amongst the high tech gadgetry there’s still space for the use of a simple road map.

“We have a sat nav system pinpointing where we are,” said Dave. “But the A-Z comes in handy for planning. The pilot and front observer can use the sat nav for navigation while the rear observer can check for where we’re going next quickly on the old map.”

The helicopters are bought as a standard piece of tech, available to the public and built in Germany, before the police force adds all the gear in Britain.

The chopper itself can also be turned into an airbourn command post, overseeing operations from the sky.

The access to the chopper is part of the force’s attempt to make the use more open to the public. It comes alongside the launch of a twitter feed, that has seen a reduction in complaints about police noise as the public begin to understand what the purpose of the helicopter is.