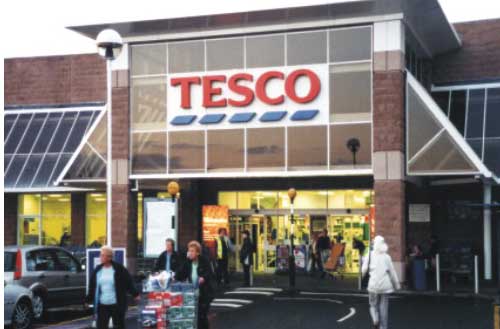 A MAN has appeared in court after he allegedly burst into a supermarket brandishing a gun and threatening to kill staff, leading to a five-hour stand off with cops.

Mark McQuillan, 40, is accused of storming into the Tesco store in Aston, Birmingham, where he demanded staff to hand over cash from the tills.

McQuillan, from the Hockley area of the city, is charged with attempted robbery, making threats to kill and false imprisonment.

He appeared at Birmingham Magistrates Court today/yesterday (WED) wearing a leather jacket and spoke only to confirm his name, address and date of birth during the five-minute hearing.

He was remanded in custody and and will appear before Birmingham Crown Court on August 11.