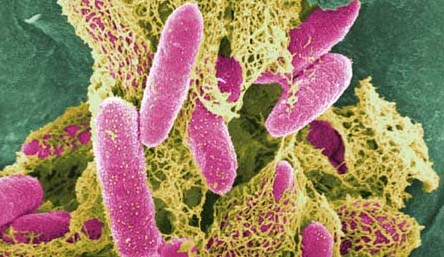 A farm has been identified as the most likely source of the E. coli outbreak

Located in Uelzen, northern Germany, the farm produces bean sprouts and and is at the epicentre of the outbreak which has left 22 people dead.

German officials are awaiting conclusive proof from results of tests done on the farms produce.

The farm has been closed, and the country has been advised to not eat bean sprouts.

Tomorrow an emergency meeting will be held to discuss the outbreak and the effects on production.

The agriculture minister for Lower Saxony, Gert Lindemann, said: “Further evidence has emerged which points to a plant nursery in Uelzen as the source of the EHEC cases, or at least one of the sources,” he said.

Concrete evidence will depend on test results, but “a connection has been found involving all the main outbreaks”.

The farm supplies a number of restaurants and markets in Hamburg, the farm is located just 100km outside of the city, and neighbouring German states.

Mr Lindemann said the sprouts produced there are grown in temperatures of about 38C, “which is ideal for all bacteria”.

The farm’s general manager, Klaus Verbeck, was quoted by the Neue Osnabruecker Zeitung as saying that he could not see how it was to blame.

“I can’t understand how the processes we have here and the accusations could possibly fit together.

“The salad sprouts are grown only from seeds and water, and they aren’t fertilised at all. There aren’t any animal fertilisers used in other areas on the farm either.”

The aggressive hybrid form of E. Coli is highly toxic to humans

More than 2,150 people in Germany have been infected by enterohaemorrhagic E. coli (EHEC) bacteria.

A number have since developed haemolytic-uraemic syndrome (HUS), which can be fatal.

Cases have been concentrated in Hamburg, with infections in 12 other countries linked to travel in Germany.

Twenty-one of the victims have died in Germany, and one person in Sweden.

Scientists say the new E.coli strain is an aggressive hybrid form toxic to humans and not previously linked to food poisoning.

German Health Minister Daniel Bahr said it was not yet safe to give the all clear.

“We still have to expect more cases of HUS. We continue to recommend that people do not eat raw tomatoes, cucumbers and lettuce in northern Germany,” he said.