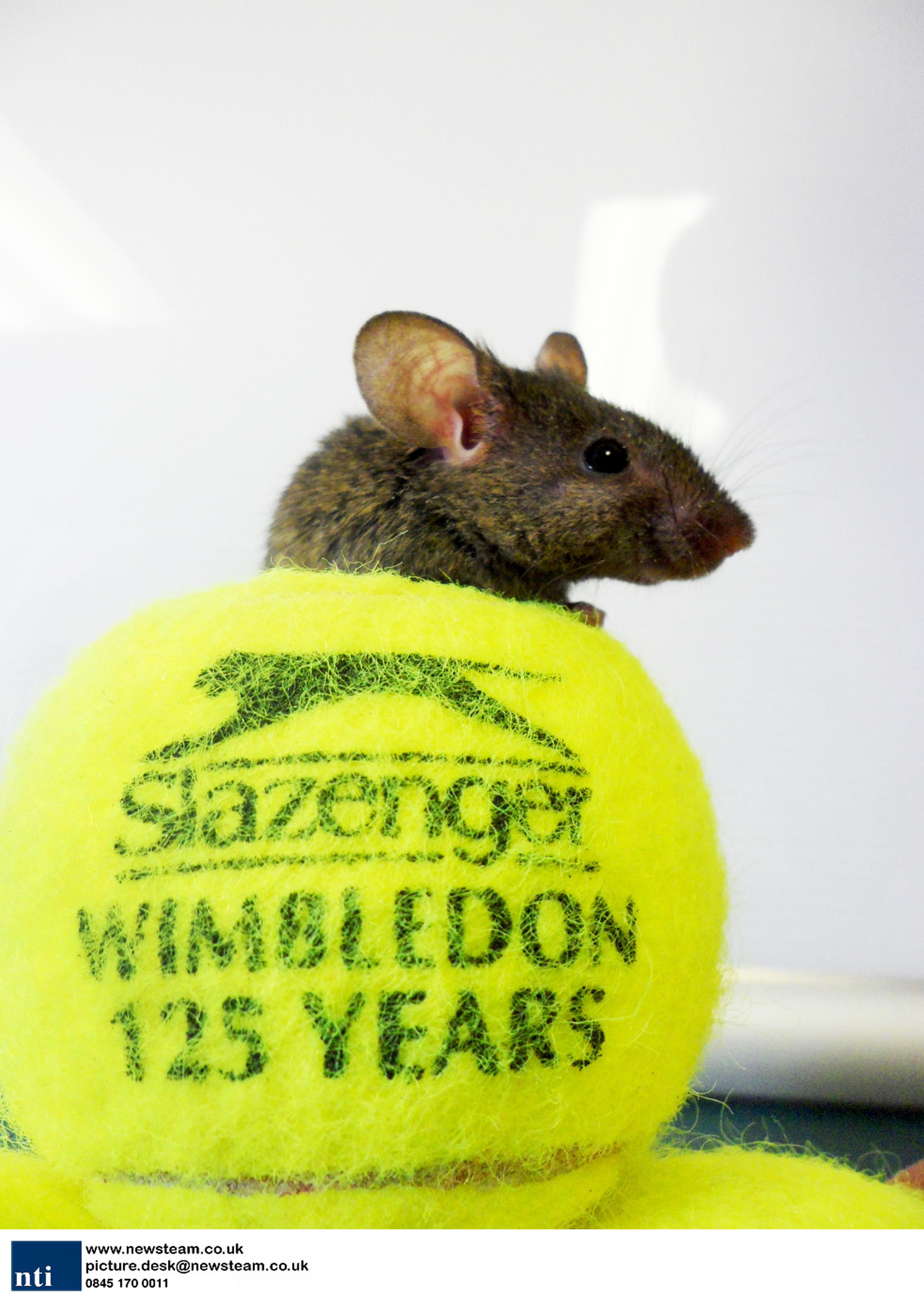 STAFF at an aquarium have found a novel way to encourage their mice to breed – by putting them in used Wimbledon tennis balls.

The specially-modified tennis balls have had holes cut in them so that the mice can explore and set up nests inside.

It is hoped that the new environment might encourage the brown mice, at Lakes Aquarium in the Lake District, to breed.

Keepers say that some of the more adventurous mice have even been seen rolling around inside the balls in a miniature version of the ‘zorbing’ extreme sport craze.

The All England Lawn Tennis Club (AELTC) uses over 52,000 of the balls, which are individually stamped with the date of the tournament, each year.

Each year, the Wimbledon Lawn Tennis Museum tries to find homes for the balls, which are used in practice and qualifying, as well as the main tournament.

A spokesperson for the Museum said: “The All England Lawn Tennis Club does all it can to re-use balls left on its hands at the end of Wimbledon fortnight, with many being sold for charity, but most requests are related to much more mundane future uses than that suggested by Lakes Aquarium.

“We could hardly refuse to send some once we heard that this was a re-housing project.”

Cathy Burrows, from the aquarium, added: “The first visitors to see the new homes designed for the brown mice are intrigued by the story behind them and the display is certainly creating a talking point.

“Everyone wants to know which match the balls were used in, but we can’t help there, though some have suggested they were probably handled by Thomouse Berdych or Andy Scurry!”

The balls provided were commissioned especially for the 125th Championships, which started on June 20.

Visitors wishing to see the new ‘ball rooms’ can do so seven days a week.