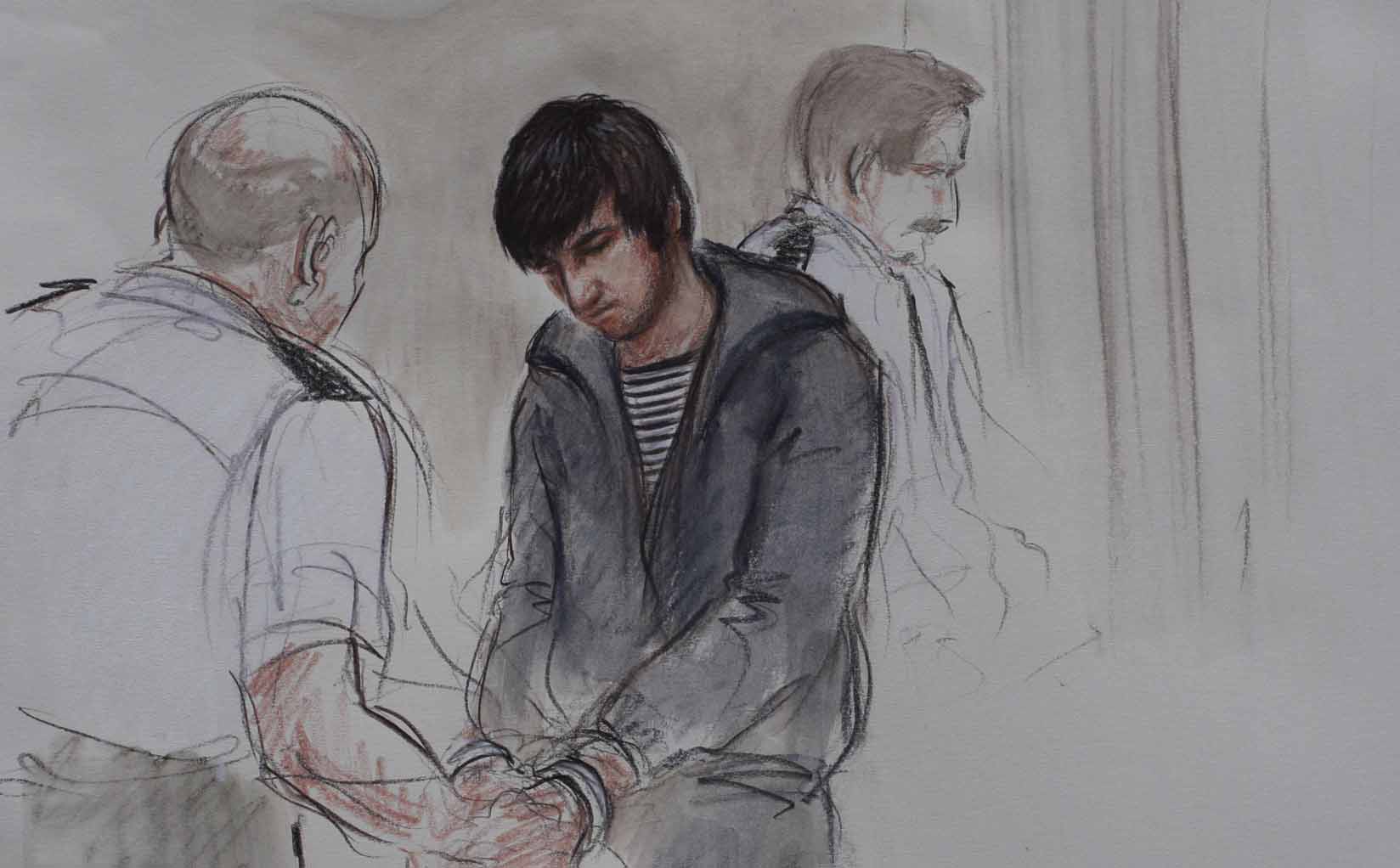 A VILE nursery worker has admitted raping a child in his care and a string of 46 other shocking sexual offences.

Twisted Paul Wilson pleaded guilty to 47 charges ranging from the rape of a toddler at the nursery where he worked to making and distributing over 800 indecent images of children at Birmingham Crown Court today/yesterday (TUE).

The depraved 20-year-old from Birmingham admitted to sick sexual offences against children from the ages of two and three to 15 over a period of more than three years.

The most sickening offences involved raping a child while he worked at Little Stars nursery in the Nechells area of the city and sex acts that forced a victim to engage in activity with her sister.

He also allegedly groomed more than 20 girls online – using multiple identities to befriend them on MSN chat logs and social networking sites such as Facebook and Myspace.

It took more than 30 minutes for the indictment to be read to the court while a sombre looking Wilson rolled a tissue between his fingers.

An unshaven Wilson wore a T-shirt and jeans and only raised his head and spoke to enter each individual plea.

The court was told how Wilson groomed 22 girls online, one of whom came forward  forward prompting a police investigation and immediate arrest of the prolific paedophile.

Upon seizing Wilson’s computer and laptop in January, police were only then alerted to the extent of his hideous offences.

Wilson lulled girls into a false sense of security by posing as a female, getting the girls to expose themselves or take part in sexual acts on webcam.

It was also alleged that Wilson threatened to show images he had already captured to the girls’ parents or friends if they refused to participate further.

On a social networking site Wilson wrote on his profile that ‘ he would love to do more work with families’ but that he didn’t want to ‘stop the day-to-day working with children bit of my job’.

Today/yesterday (TUE) Stacey Spooner manager of the nursery, which reopened in March this year, said there were now procedures in place to protect the children at the nursery.

She said: “We were devastated at the time this happened and we have had to fight to overcome everything. We have faced a lot of upheaval.

“That one man could cause such harm was devastating for us but we have rebuilt that trust with parents.
“All the staff have undergone extensive training in many areas and there are policies and procedures in place to protect the children.
“Parents  have been very supportive and the kids are doing fine.”

He also pleaded not guilty to three counts of causing or inciting a child to engage in sexual activity.
He is due to be sentenced July 27.
Judge William Davis told Wilson: “The public has to be protected from you.
“It will be a lengthy sentencing exercise for whoever sentences you and it will inevitably be an indeterminate sentence.”

After the case Detective Chief Inspector Garry Booth, from West Midlands Police, who lead the investigation team, said: “This was a complex case in

which Paul Wilson created multiple online identities to manipulate and coerce teenage girls across the country to behave in an inappropriate way.

“His actions were calculated and carefully considered.
“Over a period of time, Wilson formed online relationships with his victims with the sole aim of using them to satisfy his perversions.

“He would then use fear and guilt to elicit further acts and ensure his victims silence.
“Our thoughts remain with those victims and their families who have suffered at Wilson’s hands.

“Their courage, demonstrated by their willingness to act as witnesses, has undoubtedly helped prevent further offences.”
With Wilson’s online victims identified, officers travelled across the country to break the news to families who were unaware their child was being abused in this way.

“This was a particularly upsetting case for the officers involved in the investigation, many of whom have children of their own”, added Det Ch Insp Booth.
“With every knock at every victim’s door, they knew that the lives of those inside would be irrevocably changed.

“We welcome today’s result which I am sure will go some way to help the victims achieve a sense of justice.”
Claude Knights, Director of children’s charity Kidscape, said: “‘This is a most disturbing case involving a persistent predator who has infiltrated himself into settings where he could gain access to vulnerable infants.

“An indeterminate sentence would certainly seem to be the most desirable outcome coupled with a robust sex offenders’ treatment programme.
“This case also serves to reiterate two important messages.
“Firstly, parents must participate in their children’s online lives.  Secondly, following similarly harrowing cases in other nursery schools, managers must  monitor and vet their staff rigourously.

“When it comes to safeguarding children we cannot allow ourselves to be lulled into a sense of false security.”