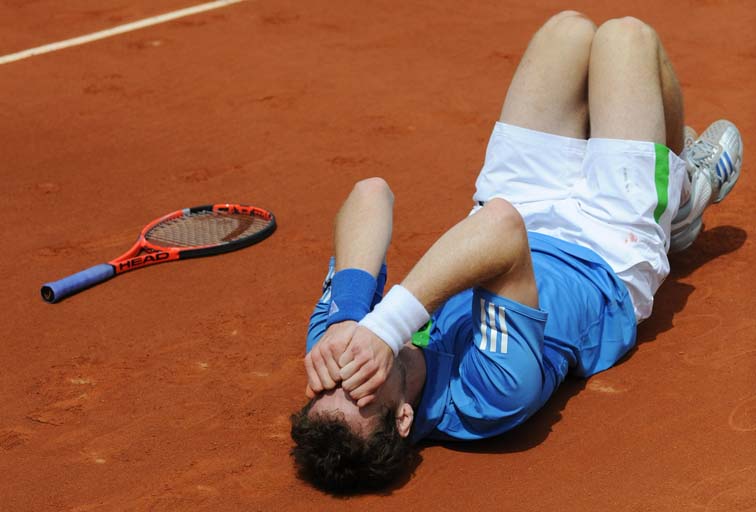 WORRIES that Andy Murray’s injured ankle was still giving him problems were rife as he launched his Wimbledon preparations.

Having suffered a partial tear to one of the tendons on his right ankle in his third-round match in the French Open, Murray needed painkillers to continue but managed to reach the last four, where he lost to the eventual winner, Rafael Nadal.

Murray said earlier in the week that he had come off the pills for “a few days” but had started taking them again with the movements on grass even sharper than on other surfaces.

He may have to keep taking them until the end of Wimbledon, it is believed as until the ankle is fully healed there are concerns that Murray could injure it again.

He has worn a brace on his left ankle since damaging it in 2005.

Alexander Buckley, a Physiotherapist a consultant with PhysioRoom said: “He’s had recurrent ankle sprains for a number of years.

“He may be one of those people who are prone to going over on their ankles. He is unlikely to have ankle instability (ligaments torn to the point where there is no stability in the joint) as has a full time physio and they wouldn’t let him continue with this.

“So it’s likely he’s had minor repeated ligament sprains and for support and reassurance he uses the Aircast A60 from PhysioRoom.com.”

The Scot who beat Xavier Malisse at the Aegon Championships, with his right ankle heavily strapped after suffering tendon damage during his run to the French Open semi-final.

“There are a lot more short and sharp movements, the first step, and braking as well when you are out in wide positions,” he said.

“The one thing I have to be really careful of is not going over it again.”