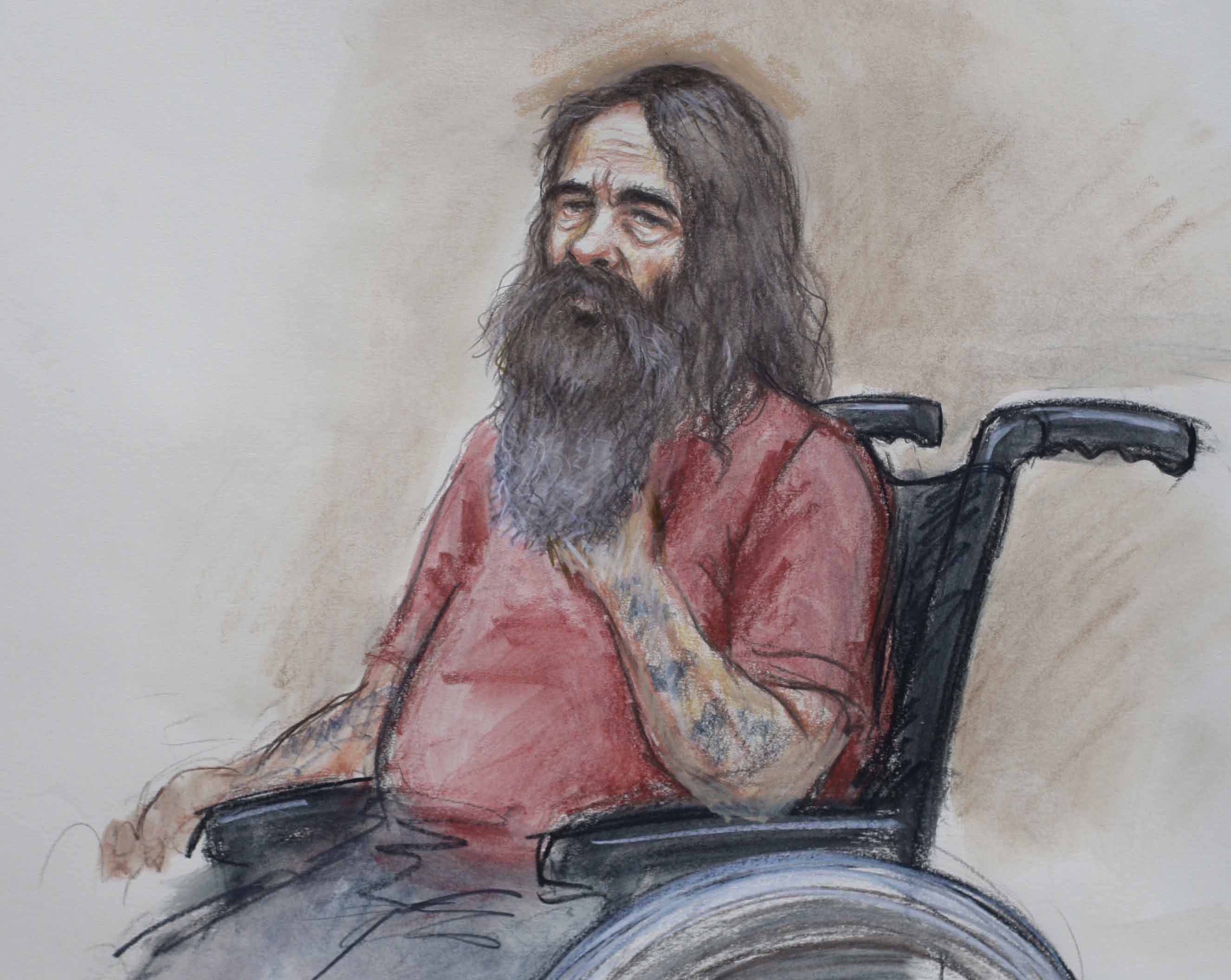 A ‘SERIAL killer’ with ‘obsessive thoughts and compulsive desires to commit violence’ has gone on trial accused of killing three men 17 years ago.

Robin Ligus, already serving a life sentence for murder, repeatedly confessed to cellmates, police and psychologists that he was responsible for a further three unsolved murders dating back to 1994, a court heard.

He appeared at Birmingham Crown Court on Thursday charged with the murders of Trevor Bradley, 53, Brian Coles, 57, and 36-year-old Bernard Czywska, all from Shropshire.

The former painter and decorator has been deemed unfit to plead, but is still standing trial, with the jury only asked to find that he ‘committed the act of murder’ or simply find him ‘not guilty’.

Now 59, Ligus, who grew up in Shrewsbury, was jailed in 1996 for the murder of pensioner Robert Young, 75, two years earlier.

As early as 1999, the father-of-three confessed to a cellmate that he had been responsible for the other, unsolved murders.

The court heard how Ligus’ cellmate had secretly taped conversations between the two of them, before passing the tapes containing the confessions to the police.

Ligus was initially interviewed as a result of his cellmate’s testimony in January 1999, when he gave a ‘no comment’ interview to police.

But a year later, Ligus himself contacted the police from prison, requesting an interview in which he confessed in full to a further three murders.

Prosecuting, James Curtis QC told the court that the Crown Prosecution Service had decided not to take Ligus back to court due to discrepancies between his version of events and the evidence available at the time.

Mr Curtis told the court that, since then, the case has been revisited by police, who exhumed the body of one victim, Trevor Bradley, to carry out further tests on it.

Ligus’ motive for the murders was financial, and that he had killed in order to steal money and fund his drug addiction, according to the prosecution.

Opening the case, Mr Curtis said: “Robin Ligus committed all four murders in something of a series.

“The deaths were originally investigated as murders a number of years ago, but the evidence which was available then was regarded, rightly or wrongly, as insufficient on which to mount a criminal trial.

“However, new evidence began to emerge, and important evidence.

“Most interestingly, this new evidence included the wholesale confession to these murders by the defendant, and the reasons for committing them.”

The court heard that, since suffering a stroke in 2006, Ligus retracted his confessions, but the prosecution argued that much of what he said could only have been known to Ligus and police.

Mr Curtis said: “The detail provided by Mr Ligus goes far beyond anything published in the press, he was painting from life, so to speak.

He added: “Is he a serial killer, or just a serial confessor? That is the core issue which we believe will be for you to decide.”

Mr Ligus also confessed to having “obsessive thoughts and compulsive desires to commit violence on people” when he was interviewed by a prison psychologist.