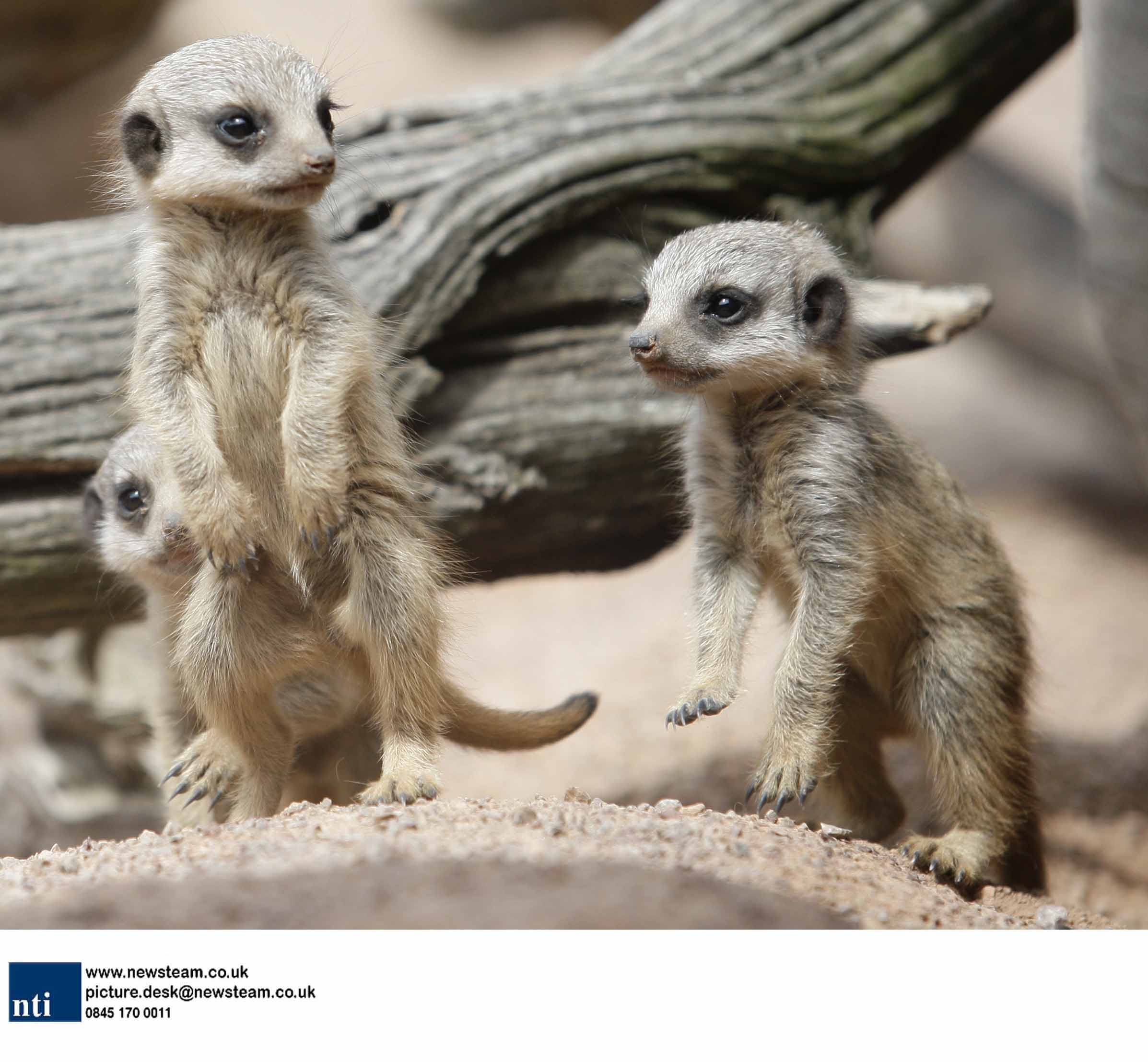 THESE adorable baby meerkats have just made their first faltering steps into public after their recent birth. 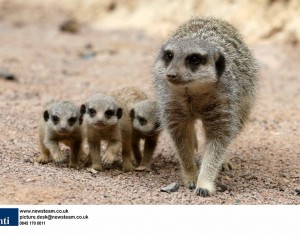 The new additions are hugely popular with visitors to West Midlands Safari Park for their unusual and skittish behaviour, but they have also produced three tiny kits that have just emerged from their nest box to face visitors for the first time.

And, when Mum decides to wander off for a spot of foraging, then Dad is only too keen to help out and watch the youngsters.

The Meerkat ‘kits’ or ‘pups’ were born on 12 June, but have only just emerged from their nest for the first time. They are thought to weigh no more than around 40 grams each. Nicknamed Alec, Sydney and Henrik by staff, they are barely 10cms tall and are gradually making more appearances with their mother in the new exhibit – Meerkat Mayhem – that is situated in the Park’s new African Village.

Standing at just 3 inches tall, it is too early to tell the sex of the little meerkats.

Angela Potter, assistant director of wildlife at the park, said the meerkat pups have already been a huge hit with staff and visitors. 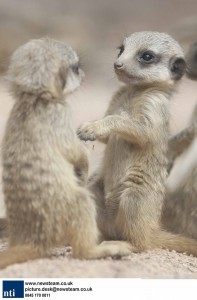 She said: “They are so popular with visitors, they’re just the cutest little things.

“People are at the enclosure all day long watching them.

Angela added that she believes the popularity owes a lot to the popular insurance adverts featuring talking meerkats.

She said: “It does owe a lot to the adverts to be honest, although recently their have also been a lot of great programmed such as ‘Meerkat Manor’ which has introduced the public to meerkats in the wild.”

Though meerkats are a relatively new feature at the park, it did not take long for them to start breeding.

Angela said: “We weigh the meerkats as part of their regular health checks.

“We noticed that Maroola, the mum, had put on a bit of weight, and it didn’t take long to realise why.”

Since the meerkat pups were born, they have been in their mum’s care.

Angela said: “We’re just leaving them with mum and the two males in the little breeding group at the moment.

Bob Lawrence, Director of Wildlife, said, “As far as we are all concerned, our Meerkats are beyond compare and the arrival of the new kits is an absolute delight.

“The exhibit has ideal breeding facilities for Meerkats which no doubt helped Mum to keep the youngsters under wraps, until the time was right for them to start exploring. It was a wonderful surprise for their Keepers and visitors are loving them”.

Meerkat Mayhem is part of a GBP1m investment in new attractions that are
being launched during 2011.