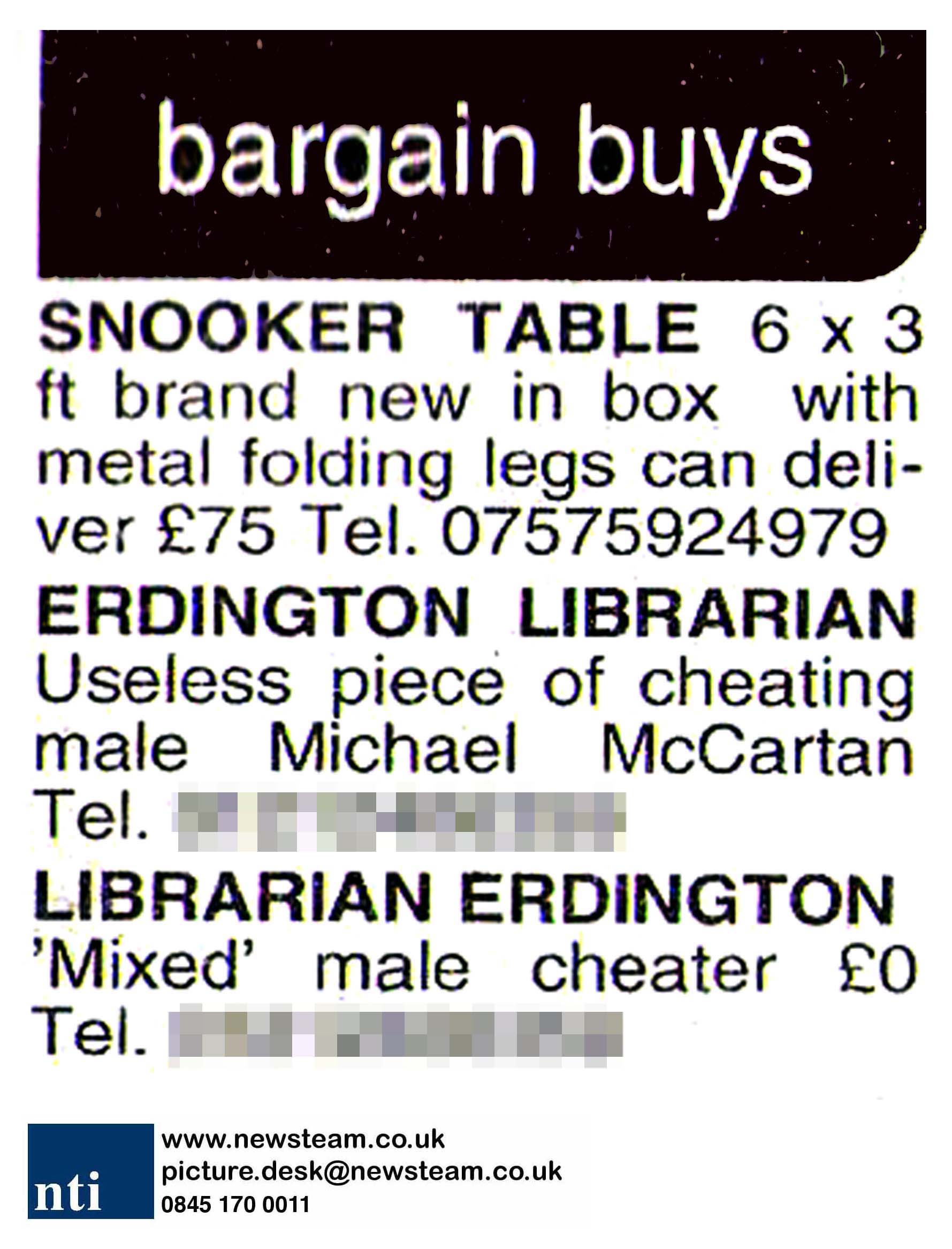 A JILTED lover took the ultimate revenge when she appeared to out her cheating ex in the ‘bargain buys’ section of a regional newspaper.

Hidden amongst adverts selling a snooker table and a single bed in the classified section of the Tuesday’s (Nov 22) Birmingham Mail was an entry entitled ‘Erdington Librarian’, advertising a: “Useless piece of cheating male Michael McCartan.”

Directly below was another ad saying: “‘Mixed’ male cheater GBP0” – with both entries giving the same local phone number.

The adverts, which must have been missed by the major regional newspaper’s editing team, have caused a stir in the local community – with shocked readers wondering what is going on.

“I couldn’t believe it when I was flicking through Tuesday’s paper at work,” said 37-year-old mother-of-two Julie Wood.

“You don’t expect to see something like that in the ‘bargain’ buy section. Whoever put the advert in must have been pretty angry.

“I can understand why she did it, if he has cheated on her then I would want to get my own back and humiliate him too. Mind you, an advert in the local paper would be the least of my husband’s worries if he had an affair.”

The classified ad is the latest in a string of humorous entries in local papers around the world – with potential jobseekers getting a giggle from one asking for a waitress who “must be 18 years old with 20 years experience” and another angry American writing: “I saw you at Tiki Bobs. You grabbed my butt and I told you if you did that again I’d kill you. You did. I need your address now.”