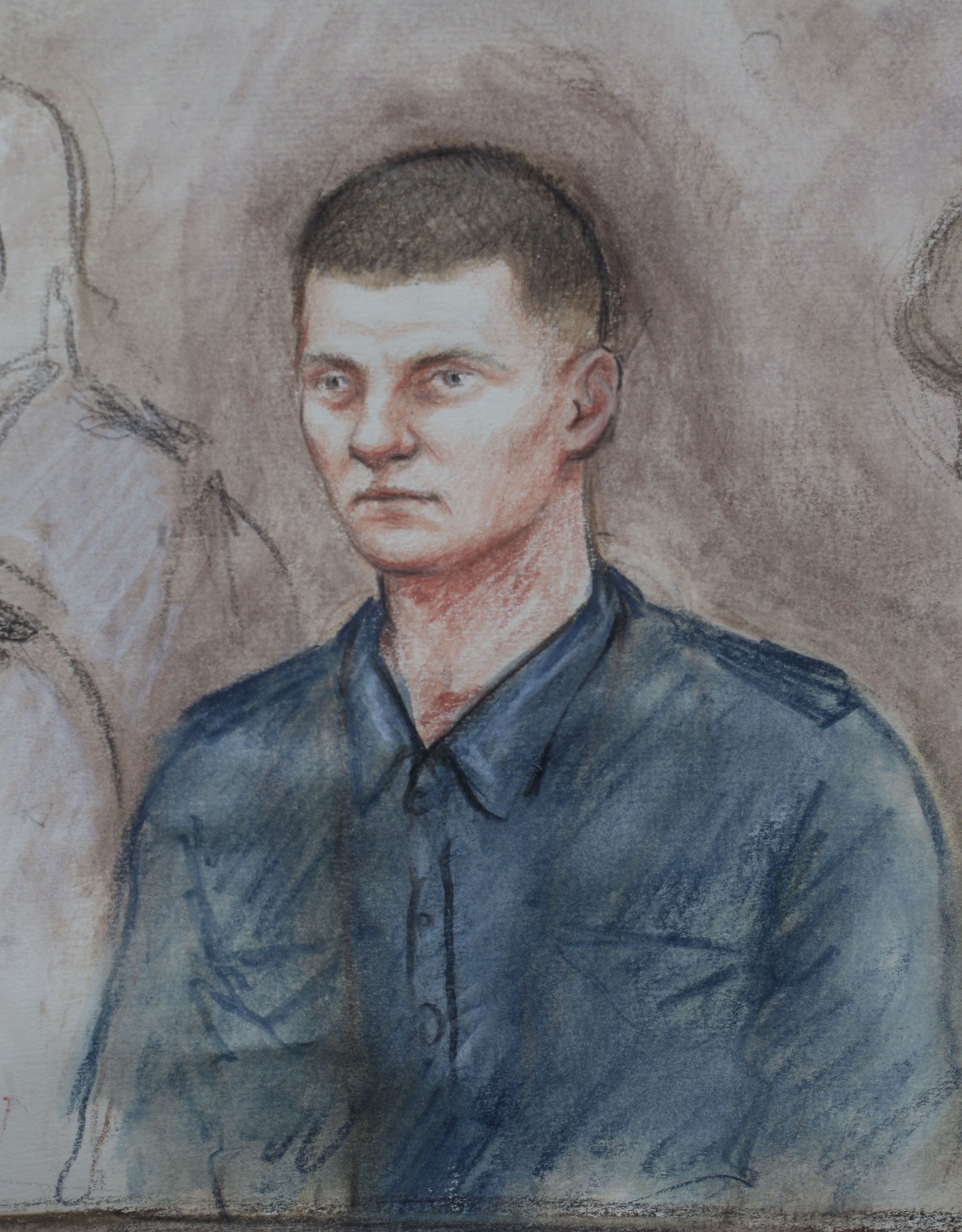 AN elderly couple were murdered in their home in ‘brutal and savage’ knife and hammer attack by a Polish man who was staying with relatives next door, a court heard.

Italian grandparents Guiseppe and Caterina Massaro were stabbed and beaten to death at their home in Wolverhampton on Good Friday last year.

Wolverhampton Crown Court was told on Thursday how one of them would have watched their spouse being attacked.

Their bloodied bodies were discovered by their granddaughter lying side by side in their bedroom, which was in a state of ‘disarray,’ a jury was told.

It was alleged Ireneusz Bartnowski, 22, preyed on the elderly couple from next door, where he was staying with his sister and her husband and children.

The Polish man, described as psychically fit and strong, would have known the couple’s ages and frailties, the prosecution said.

Opening the murder trial Peter Grieves-Smith, prosecuting said: “The prosecution case is on the 21st April he entered their home and murdered them.

“Both suffered dreadful injuries in the course of a sustained attack – an attack that involved the use of weapons, a hammer and a knife.

“It is clear from the pathological evidence that a brutal attack was launched on both despite their age and frailty. Neither were in a position to defend themselves and the prosecution suggest the attacker intended to kill them and is therefore guilty of murder.

“Who was attacked first we can’t say but one of the victims must have seen the other being attacked and as they did must surely have known that the same thing would happen to them.”

They were comfortable financially but did not  own anything of particular value, Mr Grieves-Smith said.

On April 13 last year, Bartnowski was staying next door and was aware of their daily routine when he entered their home on April 21, the court was told.

He got in through the living room window using a claw hammer and stole two televisions, cash and the couple’s Peugeot after the attack and fled the house while the couple lay dying upstairs.

“He entered their home, killed them and stole their property.”

Gym user Bartnowski, who had a Polish interpreter in the dock with him, returned to the house on two separate occasions following the attack, looking for items to steal the court heard.

He sold the televisions for around GBP200 with the help of Wojciech Ostolski, 32, who is charged with handling stolen goods and was in the dock with the co-defendant.

The jury of six men and six women were warned about the details that will unfold in during the trial and how the elderly couple were subject to a ‘brutal and savage attack.’

“One of them must have watched while the other was attacked,” Mr Grieves-Smith added.

He described the multiple injuries the married couple sustained and said their was a ‘wealth’ of material that proved the guilt of the defendant including DNA and fingerprints found at the scene.

Mr Massarro received blunt and sharp force injuries to his head, neck and abdomen. He had two areas of skull fracturing, inflicted by the 1 ft long, 720g hammer, which led to haemorrhaging to the brain, the prosecution said. His wife had stab wounds on her neck as well as defensive injuries.

They were discovered the following day by granddaughter Lindsay Booth, who had gone to the house with another relative after the couple stopped responding to phone calls.

Mr Massaro’s body was partially covered with a quilt which extended over his head.

The trial is expected to last two-and-a-half weeks.