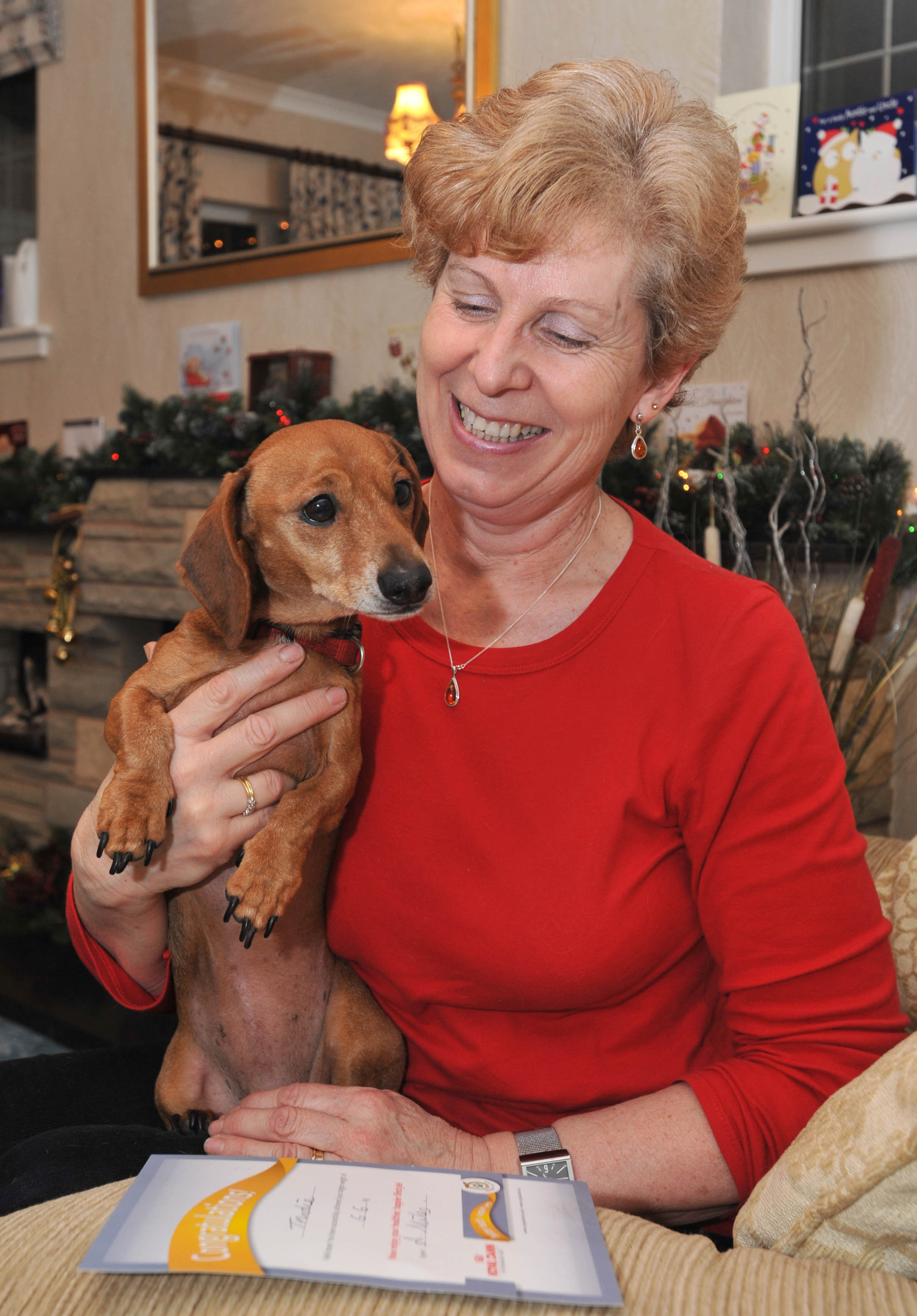 A PODGY pooch who had spent too long in front of the fire eating unhealthy treats has lost a staggering 9lbs after vets put her on a life-saving diet. 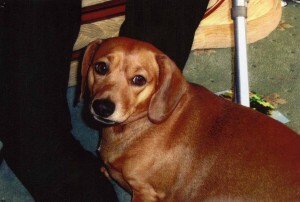 Dachshund Trudie ballooned up to a giant 23lbs when her 81-year-old owner Margaret Elliot gave the chubby sausage-dog too many treats, generous portions and let her spent too many hours curled up inside the house.

And it was only when Margaret handed the seven-year-old canine to her daughter Sue Bright, from Wednesfield, West Midlands, in 2010 because she was too ill to look after her that something was done.

And a year on – the trim hound has won a Super Slimmer of the Year award.

Sue, who works as a teaching assistant at a children’s centre in a local hospital, said: “Trudie was getting lots of treats when she was living with my mother.

“And because mum is elderly, Trudie wasn’t getting as much exercise as perhaps she should.

“So when she came to me I took her to the vets and we put her on a diet.

“It was pointed out that she was overweight so we followed the vet’s care plan. Because she is a very small dog you could well and truly see that she was obese

“She also exercises more now because she has to keep up with my two border collies Mitzie and Sinn.

“She’s much healthier and much happier now.”

Trudie’s diet has altered dramatically, with the canine companion swapping unhealthy treats for sensible meals of chicken and dried food.

“She’s very bouncy and certainly more lively than she was. She had too much love and care and too many treats.” added Sue, who is married with three children.

“We give her the occasional treat but nothing too much, and she has plenty of exercise.

“She’s a lovely dog and it’s great to see her so happy and healthy again.”

And Sue said she still takes the sausage dog to see her mother Margaret, who has seven grandchildren and four great-grandchildren, at the residential home where she lives every day.

“I take her to see my mother every day at the care home she’s at,” she added.

“I think at first she was worried that she was losing to much weight but she is happy that she is healthy, and they all love seeing her.”

After losing 9lbs in a year, Trudie now has a spring in her step and has even triumphed over more than 170 other pets across the country to be named one of 12 winners in a national weight loss contest.

The dachsund was treated at Cornerstone Veterinary Group in Wolverhampton and triumphed in the Royal Canine Weigh-In Club competition, which celebrates pets that have lost a lot of weight.

As one of the 12 winners, the sausage dog will be feature on a special calendar produced by the Royal Canine Club.

Veterinary nurse Alison Miles from Cornerstone said: “Obesity is detrimental to pets’ health and can shorten their lives.

“With the help of special diets, we can help owners like Mrs Bright make a real difference to the health and well-being of their pets through good body weight management.”