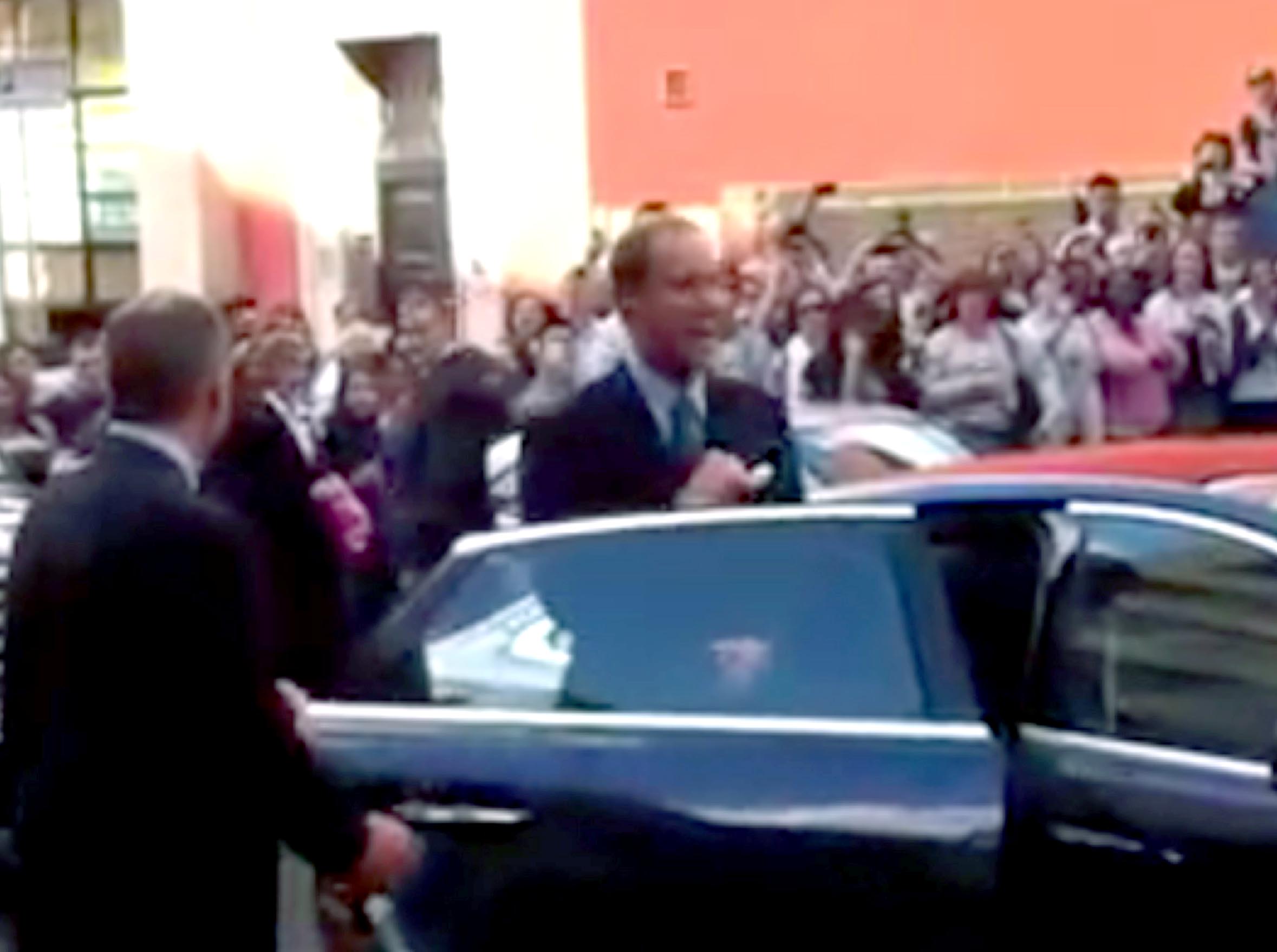 HE might be Aston Villa’s most famous fan but as this YouTube clips shows it seems even Prince William couldn’t believe that Alex McLeish was appointed as his beloved club’s manager last summer.

The clip, which was filmed when the Duke of Cambridge visited Birmingham in the aftermath of the August riots, has recently surfaced on several football forum websites.

During the one-minute long video, a cheeky member of the public shouts out to the Prince just before he gets into his car – asking for his opinion on McLeish’s appointment.

It is unsure whether the royal was taken by surprise by the question or understood it, but his hilarious reaction, to throw back his head and simply roar with laughter, has gone down well with fellow Villa supporters.

The decision to unveil former Birmingham City boss McLeish at Villa Park was met with a mixture of shock and anger by supporters – and the majority of the Villa faithful have not got over the Scot’s appointment over six months ago.

Commenting on the video on a football website, one fan said: “Genius, he’s a proper fan, loves the game and team and is quite knowledgable.

“Everything Randy (Lerner, the club’s American owner) isn’t. Surely he should ask granny for some extra pocket money to buy us.

“Berlusconi owns Milan and the Qatar royals have fingers in a couple of pies so I don’t see the problem. It took a millisecond for him to react when questioned though. He feels the pain with the rest of us.”

While another fan added: “It’s a shame he didn’t say ‘off with his head”.

McLeish, who has recently signed Robbie Keane on loan from LA Galaxy, has led Villa to a comfortable mid-table position in the Premier League – with the club sitting in 13th place after 21 games.

But for the majority of the team’s supporters, it seems that nothing the Scottish manager does will ever be good enough for the fans who can’t forget his ties to their fierce rivals Birmingham City.

“I’m surprised Prince William laughed, because the rest of us were crying when we found out he was our new manager last summer,” said 30-year-old Mark Taylor who has had a season ticket at Villa Park for the last decade.

“I still support the team but I can’t back McLeish as our manager. Even if he wasn’t the former manager of the enemy up the road, he is too defensive tactically.

“The fans will never come around or like him, it’s just an unwritten rule of football that you don’t cross local rivalry borders.

“I didn’t think us Brummies had much in common with the Royals.”