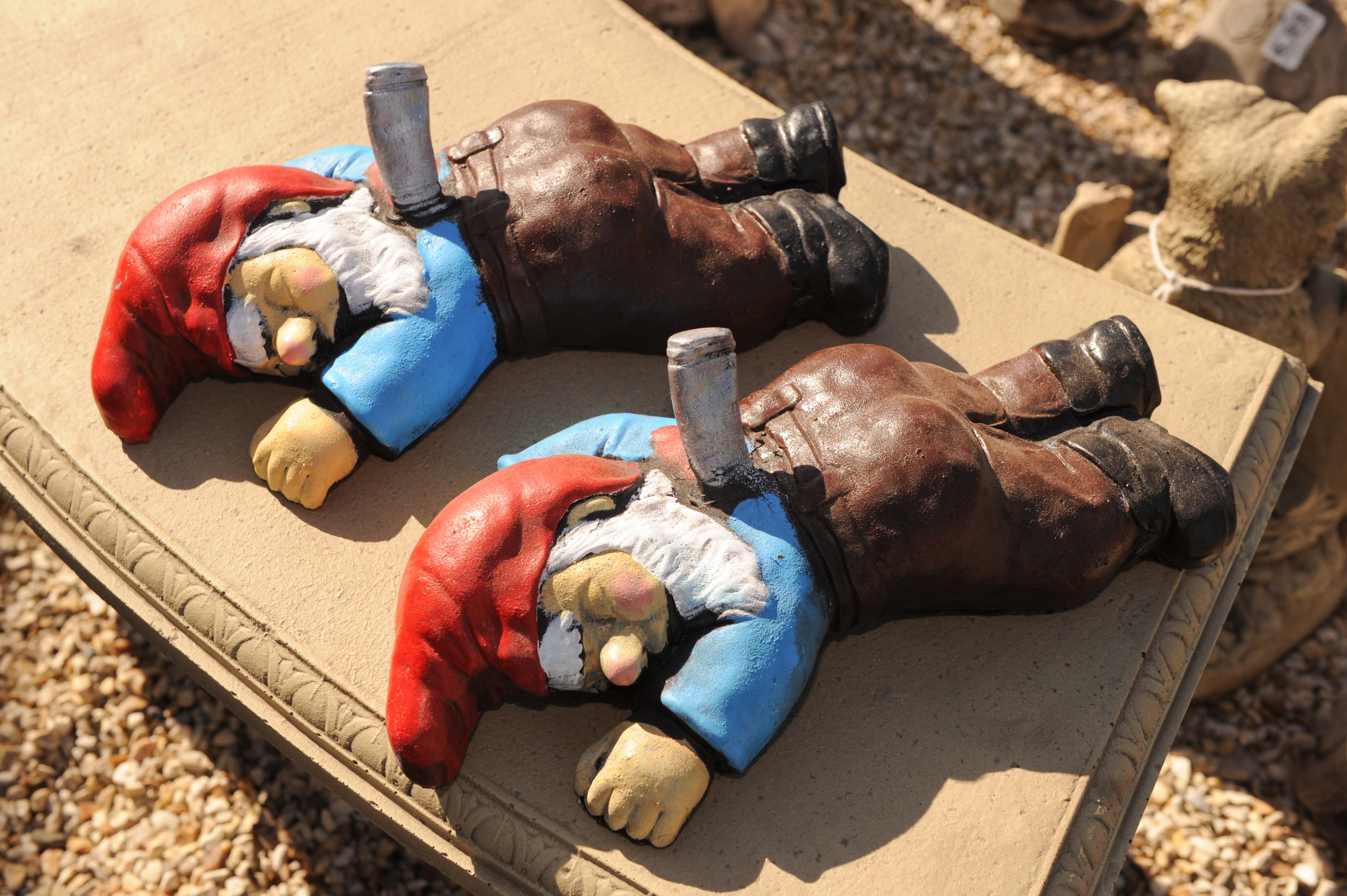 Angry mums have said their youngsters have reacted with horror at the “distasteful” ornaments which show a dead gnome lying face down with a knife embedded in it’s back.

The £12.99 gnomes are currently on sale at the Hollybush garden centre, near Cannock, Staffs.

Disgusted mother Sarah Valentine, 35, from Lichfield, Staffs., says her five-year-old daughter Amelia was left ‘in tears’ after she spotting the massacred gnomes.

She said: “We have lots of gnomes sitting on toadstools and pushing wheelbarrows in our back garden and my daughter has a little name for them all.

“But when I picked this one up she looked horrified and asked what was wrong with him and why his eyes were closed? She got really upset.

“I think they in a bit distasteful. There are loads of kids that enjoy the centre and gnomes are very popular.

“Who wants to see one with a knife in his back? I don’t and I’m sure most kids don’t either.”

Garden centre bosses claim the stabbed gnomes are away from family-friendly ornaments but parents yesterday (Wed) claimed they were in full view of children.

“They are a lovely tradition in this country – whether you like them or not, you wouldn’t want to see them murdered surely. I don’t find it in good taste.

“Knife crime is not a subject to be made light of.

“A friend of my sons was stabbed in an unprovoked attack in Birmingham, he survived but it ruined his life.

“I can’t see anything funny about a stabbed gnome.

“I have seen lots of children walk past the murdered gnomes.

“The boys generally find them funny but I have seen several kiddies, especially the girls look genuinely upset.”

Garden centre bosses on Wednesday refused to withdraw the gnomes, claiming they were one of their biggest sellers.

Manager Steve Hallet said: “They have proved very popular with our customers.

“A lot of people buy them for their neighbours as a bit of friendly banter.

“I am not aware of people not finding them anything more than a bit of fun.

“We position them away from the other gnomes, at the back of the display, but they sell really well.

“They are disappearing from shelves at a rate of around five a week.”

The 2011 film Gnomeo and Juliet has been credited with reversing a decline in the sale of garden gnomes – with sales doubling in the last year alone.