A British tourist has plummeted to his death after falling near a waterfall in Australia’s Blue Mountains.

The 20-year-old was reportedly “mucking about” with his friends near a walking track at Wentworth Falls yesterday (January 6th) afternoon. 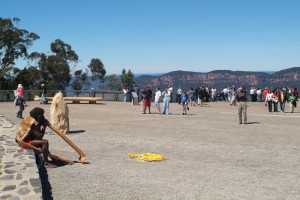 Speaking to ABC News, witness Rosa Petroccitto claimed that she warned the holidaymaker and his friends to take care before the accident occurred.

“We just saw them all panic and a 20-year-old boy fell over 100 metres down the waterfall,” she told the publication, describing the incident as “pretty sad” and “very unfortunate”.

Paramedics were able to confirm that the man had died, although high winds initially hampered attempts to retrieve the body.

However, early this morning a joint operation between the Rescue Squad and PolAir, the police force’s air wing, saw officers walk into the bushland and coordinate with a helicopter crew to reclaim the corpse.

The tourist’s family in the UK has been notified and a report is set to be prepared for the coroner.