David Cameron and Nick Clegg have asserted that the coalition remains “steadfast and united” as they unveiled a raft of new reforms in its mid-term review.

The document, whose release marks the half-way point of the current government’s first term, details a series of changes that address a range of issues, including childcare costs, transport infrastructure and elderly care. 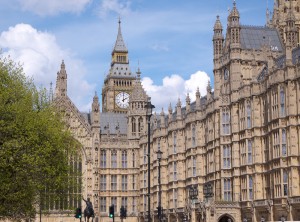 Ahead of its publication, the prime minister and deputy prime minister outlined key areas of concern and claimed that despite not seeing eye-to-eye on some matters, they were resolved on “the big structural reforms needed to secure our country’s long term future”.

“We are dealing with the deficit, rebuilding the economy, reforming welfare and education and supporting hard working families through tough times,” said the pair in the review’s foreword.

Cameron and Clegg went on to insist that the reforms would help people to realise their ambitions, in addition to helping ensure Britain prospers in the coming years.

“Our mission is clear: to get Britain living within its means and earning its way in the world once again,” they said.

However, the Labour party criticised the review, calling it another relaunch of the coalition and slamming the government for failing to deliver any of the change that had been previously promised.

Other key issues addressed by the document include pension reform and housing, with the foreword stating that the coalition intends to build more homes in the coming years.