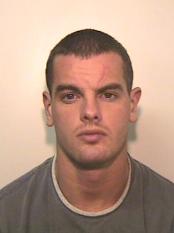 Dale Cregan, the 29-year-old on trial for the murder of two police officers in Tameside last year, has admitted to the killings.

In Preston Crown Court today (February 12th), he pleaded guilty to the crime, despite previously denying his involvement.

Cregan continues to plead not guilty to the murder of Mark Short, who was killed in the Cotton Tree pub in Doylsden in May 2012 and that of his father David, who was murdered at his home in Clayton in August that year.

Nine people co-accused of the killings continue to deny all charges, including attempted murder and murder.

PCs Fiona Bone and Nicola Hughes were attending a routine call-out after a break in was reported in Abbey Gardens in Hyde.

After arriving at the scene, the officers came under fire with more than 30 shots being fired from a handgun and one grenade being tossed.

Following the incident, Cregan turned himself in at a police station in Hyde and was charged with their murders, alongside four counts of attempted murder.