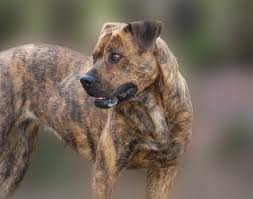 Police in Sheffield are appealing for information  after the charred body of an abused dog was found by members of the public.

South Yorkshire Police have issued a plea for witnesses to come forward in regard to the torture and killing of a Staffordshire bull terrier, whose body was found on a near Manor Laith Road.

The light-coloured dog is thought to have been attacked between Monday February 18th and Sunday February 24th on a path in the area.

It is believed to have been severely beaten, before being tied to a tree and set on fire. Police have claimed the animal “suffered terribly” before it died.

“Police would like to speak to anyone that may have seen this dog in the area at this time, or who may have lost a dog that fits this description,” said a spokesperson for the force.

Anyone with information has been urged to contact South Yorkshire Police on 101, quoting incident number 488. Alternatively, witnesses can make contact anonymously via Crimestoppers on 0800 555 111.