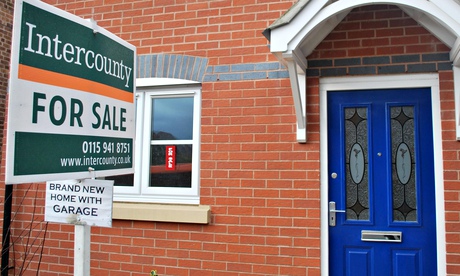 For what feels like an eternity, buyers have regained a slight advantage in the housing market as house prices have stalled due to the buyers worry over the warning of a property prices bubble and rising interest rates.

House prices across the United Kingdom between the months of August and September did not change, meaning that for the first time since January last year  prices have have halted, with London being at the centre of the reason behind the stall in prices.

This is due to fact that the demand to live in the capital has somewhat began to diminish, and prices are expected to drop gradually in the coming months as vendors are beginning to lower their expectations due to would-be-buyers rejecting inflated prices.

It has been expected that prices would stall since May of this year as there was indication that the rate of buying property was beginning to considerably fall. The recently resolved vote for Scottish independence was one of the key reasons behind the fall in prices due to the economic implications it would of had if they were successful.

There were other regions that also had the joy of not seeing an increase in the housing market including, Yorkshire and Humberside, the North-East and South-East. The demand for homes in the United Kingdom are believed to have fallen by 2.1 per head throughout the beginning and middle of September , with less buyers deciding to register with estate agents throughout the same period.

The results are particularly surprising due to the month of September in recent years being an exceptionally busy period for activity in the housing market, so this represents how buyers are realising that by not buying into the extortionate prices set by the vendors that the values will eventually drop with this refusal.