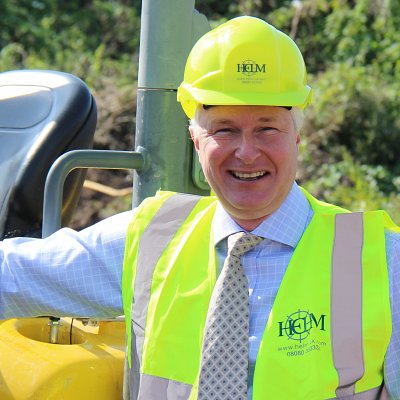 BRISTOL will need to build over an area around eight and a half times the size of Durdham Down if the city is to fufill the West of England Partnership’s objective of building 85,000 new homes by 2036.

That’s the view of Bristol builders Helm Construction – who have built up a reputation for regenerating Brownfield sites within the city’s existing boundaries.

Chief Executive Gary Sheppard was responding to this week’s report from the partnership –  made up of the four  councils in and around Bristol – into the city’s housing needs over the next twenty years.

He said: “The report breaks down how many new homes will be needed and suggests a range of new sites for them to be built on from Clevedon and Portishead to Backwell and Banwell, to Peasedown and Keynsham.

“The partnership says development should take place on Brownfield sites if possible, but although we applaud the sentiment it’s clear the numbers simply don’t stack up.”

He explained: “Most developers would aim to build around 25 houses and flats on a one-acre Brownfield site. On that basis we would need to identify around 3,400 acres of Brownfield land to accommodate the 85,000 new homes required by 2036.

“That’s equivalent to digging up an area eight and a half times bigger than Durdham Down –  which none of us Bristolians would ever want!  You don’t have to be a quantity surveyor to recognise we simply haven’t got that much Brownfield land in the areas where it’s needed – if at all.”

Gary Sheppard said developers would also be questioning the idea that around 30 per cent of the new homes should be affordable.

He explained: “We have established something of a reputation for regenerating brownfield land in Bristol but it is generally accepted that these sites are significantly more expensive to develop than green field sites.

“Expecting developers to ensure that around a third of these new Brownfield homes will be affordable ignores the basic viability of the project.

Gary Sheppard said: “There simply isn’t enough Brownfield land left in the city to provide the new homes required and the reality is we cannot build fifty, sixty, seventy or eighty thousand new homes in and around Greater Bristol without encroaching into our green fields.”

“The new planning blueprint will be laying down some basic indicators about where new homes can be built, quite possibly re-drawing what will have to be a rather more elastic Green Belt.

“Although Helm Construction is known for regenerating inner city sites, we recognise it is inevitable that some existing green field land will be lost as we attempt to deliver the new homes required.”