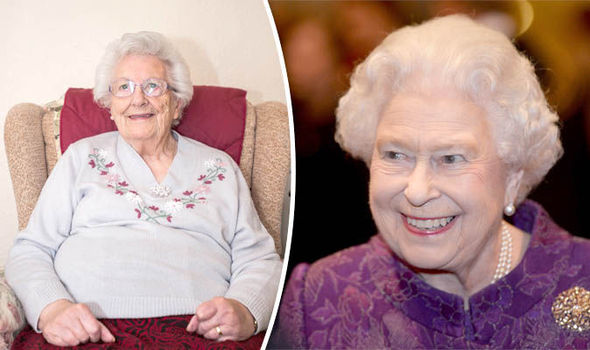 A pensioner who was named Elizabeth after being born on the same day as the Queen is preparing to celebrate her 90th birthday.

Elizabeth Garnham, 89, came into the world just hours after the then future monarch on April 21, 1926, and nurses insisted she was given the same name of the Queen-to-be.

Betty, as she is known to her friends, went on to dedicate her life to helping others as a volunteer while her namesake, the eldest daughter of George VI went on to ascend to the throne in 1952.

Despite not having met the Queen, Betty has attended two of her garden parties, and said she is “full of admiration” for the monarch.

“I think she is a marvellous person,” she said. “I have got the deepest respect and regard for her.

“I don’t envy her being Queen but she has shown such devotion to her family and the hard work she has put in.

“I’ve always said, as long as the Queen carried on, I would carry on. That’s how I feel.”

Betty, a great-grandmother of three from Diss, Norfolk, has been active in her local community since moving to the area on June 1, 1946 – the day she married her husband John.

She has always encouraged her community to get behind the Royal family and even arranged a party to celebrate the Queen’s coronation in 1953.

“We found out the parish council weren’t doing anything, so I got in touch with a group of local women, because I was an outsider really, and we went round all the houses and people offered to make sandwiches and cakes, and we had a do,” she said.

During their working lives, Betty and John ran the Dolphin Inn, now called The Manor House, in Wortham, Norfolk which is ten minutes from her home, although Mrs Garnham admits she’s never touched a drop of beer in her life.

Speaking about her voluntary work she said: “I do like to help other people. I’ve always been that way and I’ve always wanted to help people.

“I’ve got family all around me, I’ve got lots of friends. I’m a very lucky person.

“I’d like to say Happy Birthday to the Queen, I will be thinking of her as I celebrate with my friends and family.”

90 YO ELIZABETH TO CELEBRATE BIRTHDAY ON SAME DAY AS QUEEN