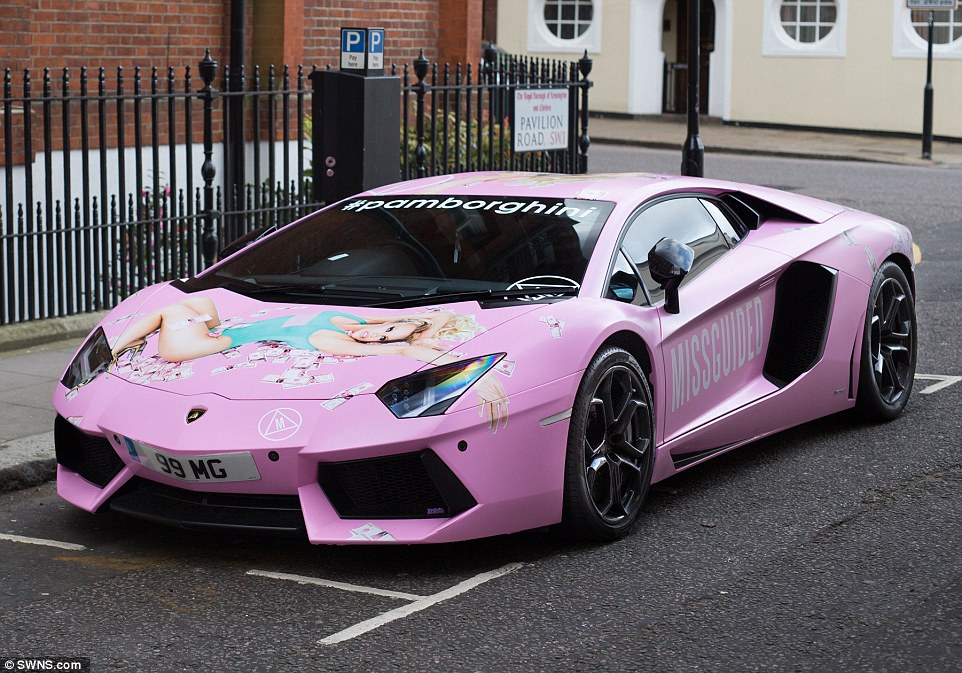 Britain’s most garish car has been unveiled – a pink Lamborghini covered in pictures of Pamela Anderson.

The £300,000 Aventador, dubbed the ‘Pamborghini’, was spotted in London over the weekend.

And while there have been a number of unique Arab-owned cars arriving in the capital over the past fortnight, the Lamborghini is British-registered.

It is believed the car is owned by Nitin Passi, the Manchester-based founder of retail website Missguided.

The Pamborghini is covered in fake $100 bills along with pictures of the famous Baywatch star on the front and along the roof.

Anderson recently became of the face of the fashion website.

The car’s appearance in London follows the arrival of a fleet of four gold cars owned by a young Saudi tourist.

There is also a gold Maserati Gran Turismo in town – with the owner driving around with his learner plates still attached.