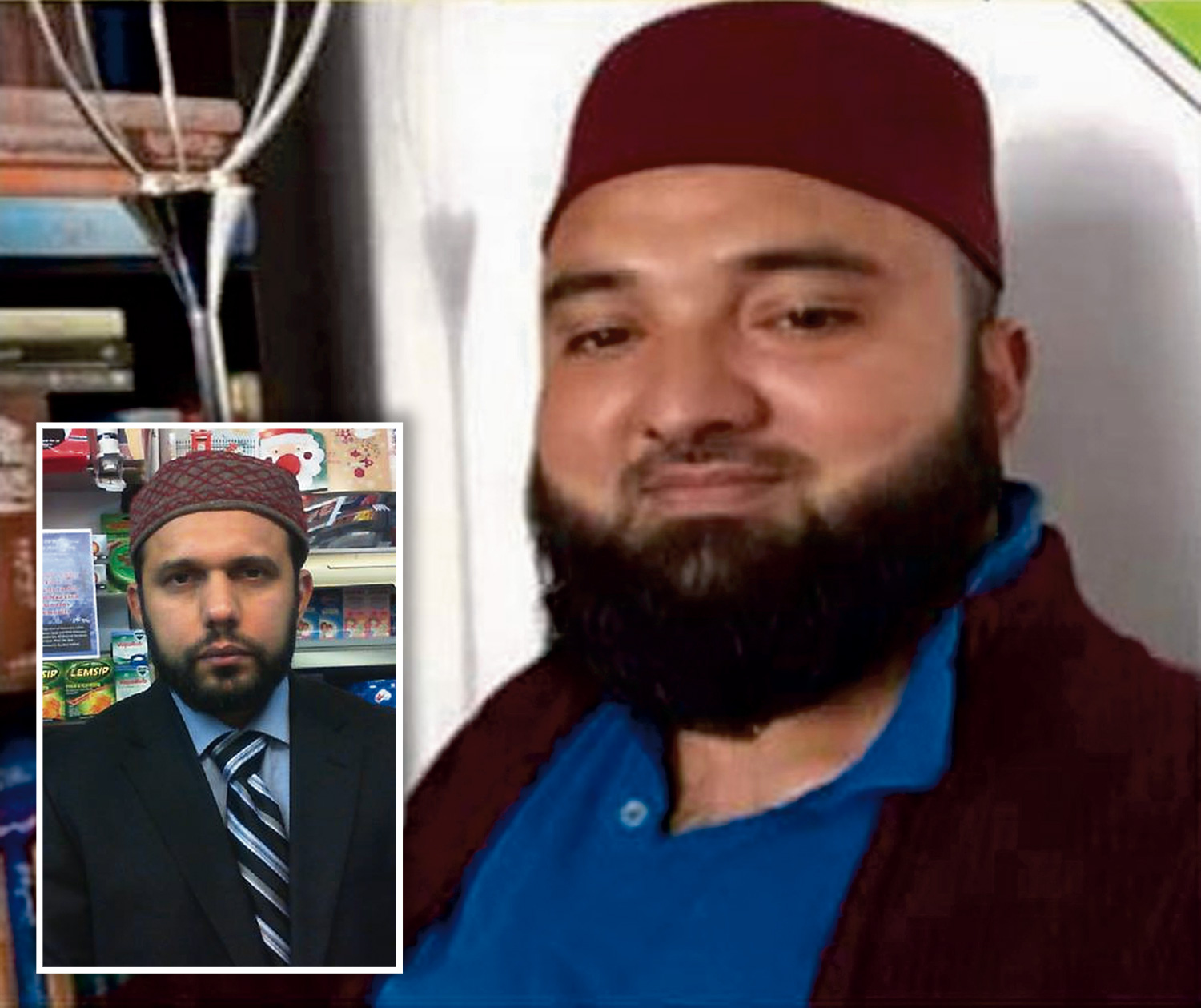 This is the man who has confessed to the killing of ‘Happy Easter’ shopkeeper Asad Shah in retaliation to him ‘disrespecting the Prophet Muhammad’.

Taxi driver Tanveer Ahmed, 32, issued a bizarre statement in which he admitted the brutal murder of the popular 40-year-old from Glasgow.

His statement was released by lawyer John Rafferty who requested that it should be used in full without editing following a brief hearing at Glasgow Sheriff Court on Wednesday.

Ahmed made no plea or declaration and was remanded in custody.

In his statement he said he killed much-loved family man Asad Shah, alleging the shopkeeper had claimed to be “a prophet”.

But he denied that the murder had “anything at all to do with Christianity or any other religious beliefs”.

It said: “My client Mr Tanveer Ahmed has specifically instructed me today, April 6 2016, to issue this statement to the press.”

“The statement is in the words of my client.”

“Asad Shah disrespected the messenger of Islam the Prophet Muhammad, peace be upon him. Mr Shah claimed to be a Prophet.

“When 1,400 years ago the Prophet of Islam Muhammad, peace be upon him, has clearly said that ‘I am the final messenger of Allah there is no more prophets or messengers from God Allah after me.

‘I am leaving you the final Quran. There is no changes. It is the final book of Allah and this is the final completion of Islam’.

‘There is no more changes to it and no one has the right to claim to be a Prophet or to change the Quran or change Islam.’

“If I had not done this others would and there would have been more killing and violence in the world.

“I wish to make it clear that the incident was nothing at all to do with Christianity or any other religious beliefs.

“Even though I am a follower of the Prophet Muhammad, peace be upon him, I also love and respect Jesus Christ.”

Hours before he was killed on the day before Good Friday, Mr Shah had written on Facebook: “Good Friday and very Happy Easter, especially to my beloved Christian nation.”