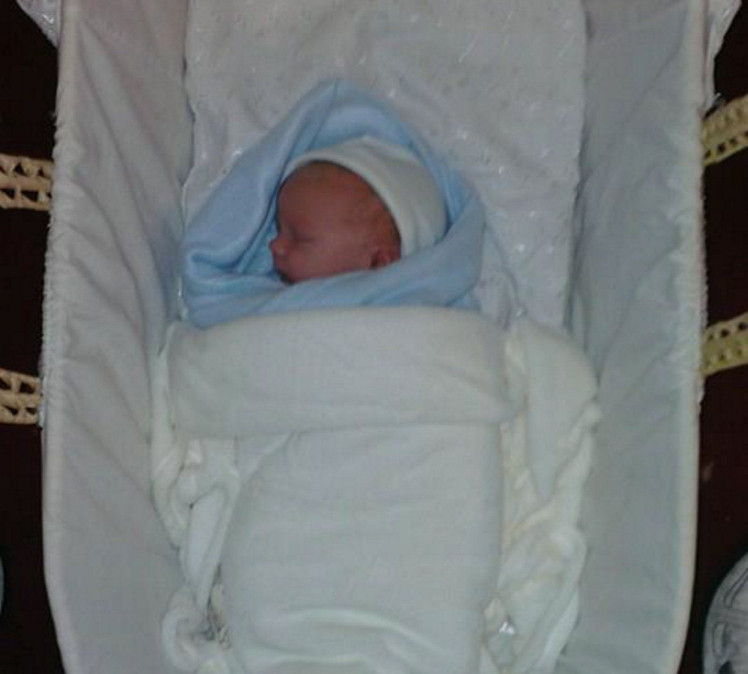 The mum of a tragic one-month-old baby who controversially escaped prosecution over his death yesterday said: “I just want to move on with my life.”

Baby Freddie Neil was found dead on a floor wedged between a wall and bed in his brother Alex’s bedroom on Boxing Day 2014.

Parents Matthew Neil and Kim Smart-Neil, 32, who had been on an all day boozer bender the day before his death, were arrested and charged with neglect and manslaughter.

But the charges were later dropped after the Crown Prosecution Service (CPS) ruled there was not enough evidence.

Freddy died in Blackpool, Lancs, where the family lived.

Mrs Smart-Neil has since separated but not divorced her husband of four years and moved back with her parents to the village of Blissworth near Boston, Lincs.

Yesterday, speaking for the first time since the tragedy, she said:” ‘I’ve had a lot of counselling since it happened.

‘I just have to accept it and it will wash over.

‘There’s a lot of different sides to the story and the people who know me know that.

‘I just have to deal with the people who come into the bar where I work and read all the papers.

Mrs Smart-Neil spoke at the Walnut Tree pub in Blissworth where she currently works as a barmaid.

She added: “I’m not an alcoholic and I only had two drinks on that evening.

“My ex-partner has a drink problem but he’s a functioning alcoholic and you can’t tell he’s drunk.

“On that evening I just thought he’d gone to sleep.

“It’s been made out that we were totally pissed in the papers but we weren’t.

“There was alcohol there but we had friends round.

“All the pictures of us at the race courses with drinks were taken seven years ago before we even had kids.

“I moved away after it happened to get on with my life.

“I’m doing well, I’ve got a job I work hard and I’m not a layabout.

“I’m trying to get my life back together and put what’s happened behind me.”

She spokes just a two after the Blackpool Safeguarding Children Board published a serious case review of the tragedy.

It found that she and her alcoholic husband had spent the previous 24 hours downing huge amounts of alcohol in a pub and with friends at their home in the city.

The couple admitted to police they had been drinking heavily over Christmas Day.

Mrs Smart-Neil went to bed at 1am and her husband, a DJ, stayed up with the baby until around 6am when their friends left.

The CPS dropped manslaughter charges through lack of evidence despite Matthew admitting he could not remember where he left the baby when he woke.

She told cops she woke at 5am to feed Freddie before going back to sleep until midday.

Her estranged husband, who admitted drinking a minimum seven pints of beer a day, woke up at midday to hear his older son crying for a nappy change.

But when he checked Freddie’s Moses basket he discovered he was missing.

After searching the house he found Freddie unresponsive stuck between a wall and his older brother’s bed.

He told police he could not remember how Freddie got in his two-year-old son’s room.

The report revealed Mr Smart had admitted to a drink problem just a month before Freddie’s death after having an alcohol withdrawal fit.

On Tuesday he told his local newspaper that a fit for caused him to blank out and forget up to an hour of the morning.

He was found to be twice the legal drink-drive limit by police.

An inquest into Freddie’s death heard that Neil had told a nurse at Blackpool Hospital at the time of the tragedy that he drank up to seven pints a day.

He declined offers of help for his addiction.

This week’s safeguarding report heard however that nothing could have prevented Freddie’s death.

The coroner at the inquest also found no one to blame.

He heard that Freddie had bronchitis and it was impossible to say exactly what caused his death.

But a pathologist said she believed his death was caused largely by unsafe sleeping arrangements.