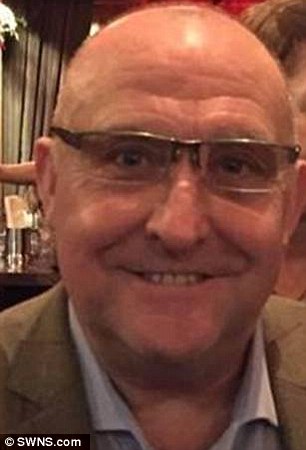 Divers have searched the River Thames in an attempt to find a police officer who went missing while on duty.

Pc Gordon Semple, 59, was reported missing by his partner seven days ago after he failed to return home from his beat.

The “happy-go-lucky” Met Police officer disappeared after a meeting at the five-star Shangri La hotel in The Shard skyscraper, which is next to London Bridge.

The Met’s Homicide and Major Crime Command took over the investigation on Thursday and divers searched the river for him but found no evidence.

A Met spokeswoman said: “It’s normal is high risk missing person’s investigations that a number of specialist units from across the Met Police are deployed to help bring the missing person home safe and well.

“In this case we have deployed the marine support unit to conduct searches of the water.

“Depending on the location of a missing person we will often search water areas.

“But this has already been completed earlier in the week and no evidence was collected.”

He was in plain-clothes, wearing brown shoes, dark trousers and a lilac shirt, at the time of his disappearance.

His niece, Kerry Nicholas, 28, of Inverness, Scotland, previously said: “We are very concerned, it’s very out-of-character for Gordon not to get in touch with anybody.

“He had been at a meeting in the Shangri La. He’s very outgoing, sociable and friendly. He’s a happy-go-lucky kind of guy.”