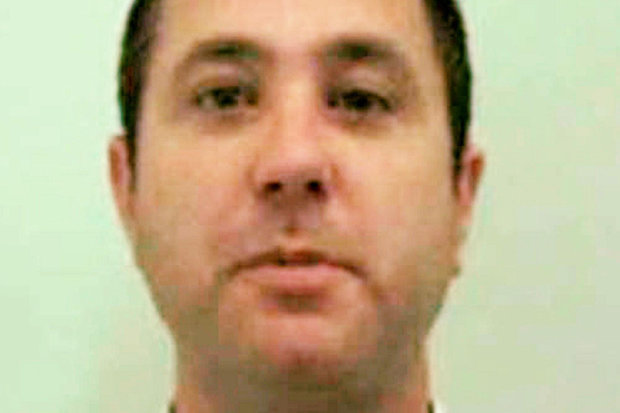 A jilted thug has been jailed for 18 years after he tried to murder his ex-girlfriend by stabbing her in the FACE in a terrifying daylight attack.

Jealous Richie Lee, 37, laughed as he pounced on Jessica Smith while she sat in her car outside her home and plunged a knife into her neck, face and body several times.

She was only saved by her father and three tree surgeons working nearby who wrestled Lee away as blood poured from her neck.

The attempted murder came a month after Lee messaged Miss Smith threatening to kill her and a new partner he thought she had, saying he would ‘do 25 years’.

The couple had ended a five-year relationship around three months earlier, a court heard and Miss Smith feared she was going to die in the attack last August.

Judge Neil Ford QC told the brute: “You launched a savage attack on her in the confined space behind the steering wheel as she sat there effectively unable to protect herself.

“I am wholly satisfied you had the knife with you for that express purpose.”

He added: “I do not consider that you are remorseful.

“I do consider that you are self pitying in the sense that you know what you have brought about on yourself by you appalling actions.”

The court heard the pair were in a relationship before splitting up in May last year.

Miss Smith contacted police a few weeks later after Lee accused her of having a new partner and messaged her: “I will be happy to do 25 years.

She called police and Lee was arrested but not charged.

Days later Lee was caught on CCTV assaulting Miss Smith by pushing her.

The stabbing happened shortly after that, outside Miss Smith’s home in Bradley Stoke, Bristol after the pair had attended a court hearing.

Miss Smith told Bristol Crown Court: “I saw that my neck was bleeding.

“I got in the back seat. I was bleeding onto my feet. I thought I was going to die.

“I was trying to push him back out the car.

“I was feeling really scared. I was thinking what is he doing? This was 1pm, broad daylight.

“I thought what the hell is he doing? he was really angry. I thought I was dying.”

In a victim impact statement Miss Smith told how she has lost confidence since the attack and was now planning therapy to rebuild her life.

She wrote: “Since the attack I have suffered from flashbacks, nightmares (which result in sleep deprivation), depression and anxiety.”

Lee, of Stoke Gifford, Bristol denied attempted murder and assault in the earlier pushing incident but was convicted by a jury.

The judge said the members of the public who came to her aid should be given a commendation for their courage.

Det Con Anne McParland said: “I would like to commend the bravery of the victim in this case who has displayed the utmost courage in reporting what had happened to her and then having to relive her ordeal at the trial.

“She suffered serious injuries during the attack and she will no doubt have to live with the consequences of that day for the rest of her life.

“I would like to praise the victim’s family who, along with supporting her throughout the trial, have had to give evidence themselves.

“I would also echo the Judge’s commendation for the members of the public who were in the area at the time of the attack and intervened. Without them coming to her aid, the injuries the victim sustained could have been far worse.

“Richie Lee has taken no responsibility for his actions and has forced his victim to go through the additional trauma of a trial.

“I hope that the sentence today sends out a clear signal that domestic abuse and violence of any kind will not be tolerated and we will bring offenders to justice.”