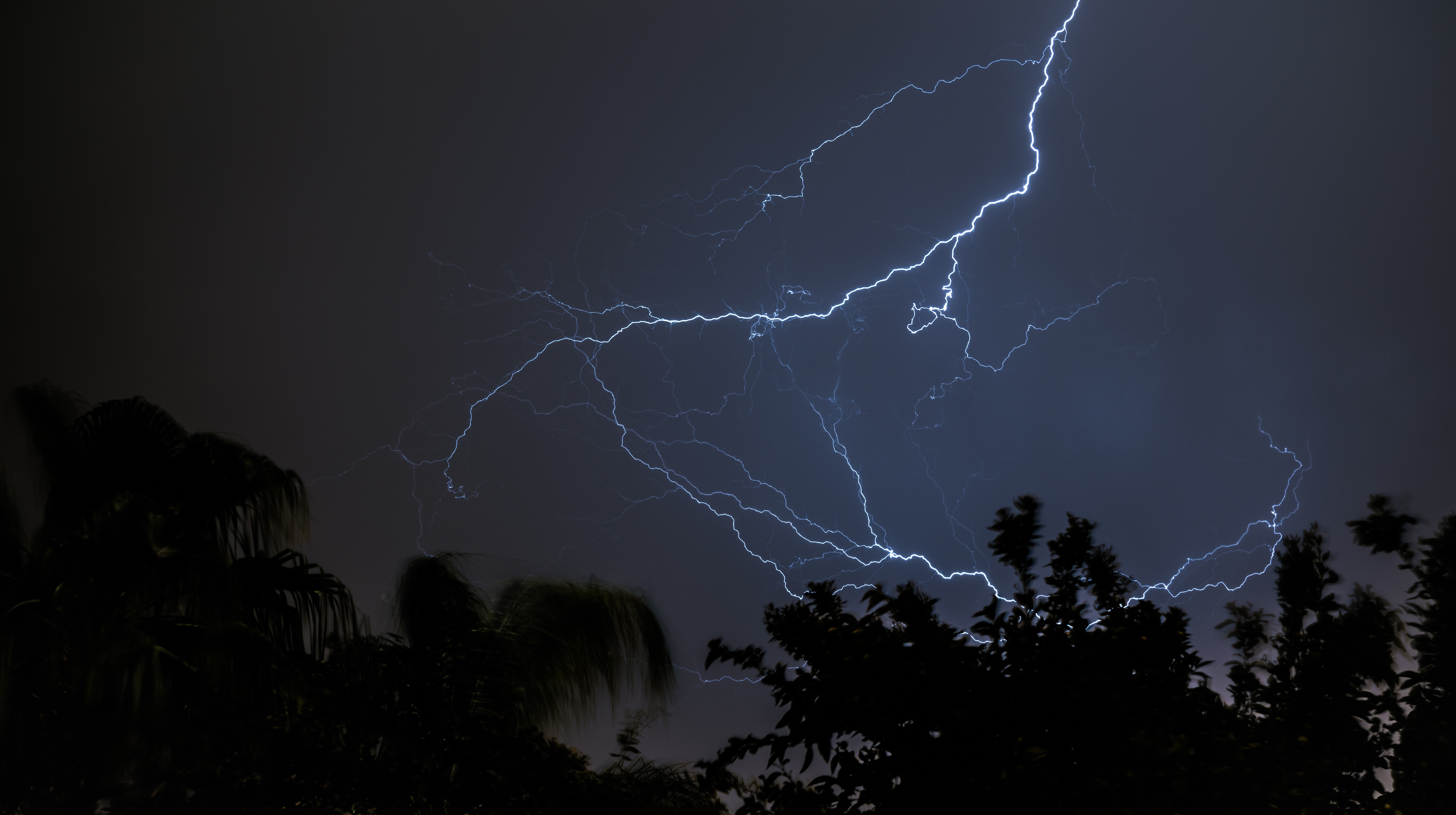 Two women were taken to hospital after a Morrison’s supermarket was hit by lightning – TWICE.

Witnesses described the moment as the ‘loudest bang’ they had ever heard when lightning struck on Wednesday afternoon.

Firefighters were called to the scene in Canterbury, Kent, and the Morrison’s store as well as the nearby petrol station were evacuated.

South East Coast Ambulance service said two women were taken to Kent and Canterbury hospital as a precaution but their injuries are not thought to be serious.

Shopper Teresa Leather, 65, said: ”I was having coffee with a friend in the restaurant bit from about 3.45pm today.

“A massive exploding sound went off at about 4pm, and the lights flickered on and off.

”An elderly woman at the till nearest the restaurant collapsed, and was quickly surrounded by staff.

“I offered help, but found out the woman’s daughter was a paramedic.”

Theresa said cautious staff were looking for signs of smoke on the wires in the store.

She said: ”A voice came over the shop and asked everyone to leave – we could see that three police cars had turned up, and two ambulances.

”Staff were looking at the wires for signs of smoke.

”It was the loudest bang I’ve ever heard.”

A Secamb spokesperson said: “We responded to a call at Morrisons following reports of a lightning strike.

“Two ambulances and two paramedic cars were sent to the scene.

“Two women were taken to Kent and Canterbury Hospital as a precaution for further checks.”

The lightning comes on the warmest day of the year so far – as temperatures reached 18.6C in north London.

A supermarket worker, who couldn’t give his name, said: “We felt what seemed like a big earth tremor and then light fittings came crashing down in certain areas of the store.”

Kent Police said the force were called to assist with crowd control.

A spokesperson said: “We were made aware by Secamb just before 4pm today that lightning had struck a building in Ten Perch Road, Wincheap.

“Officers attended to assist at the scene with crowd control.”