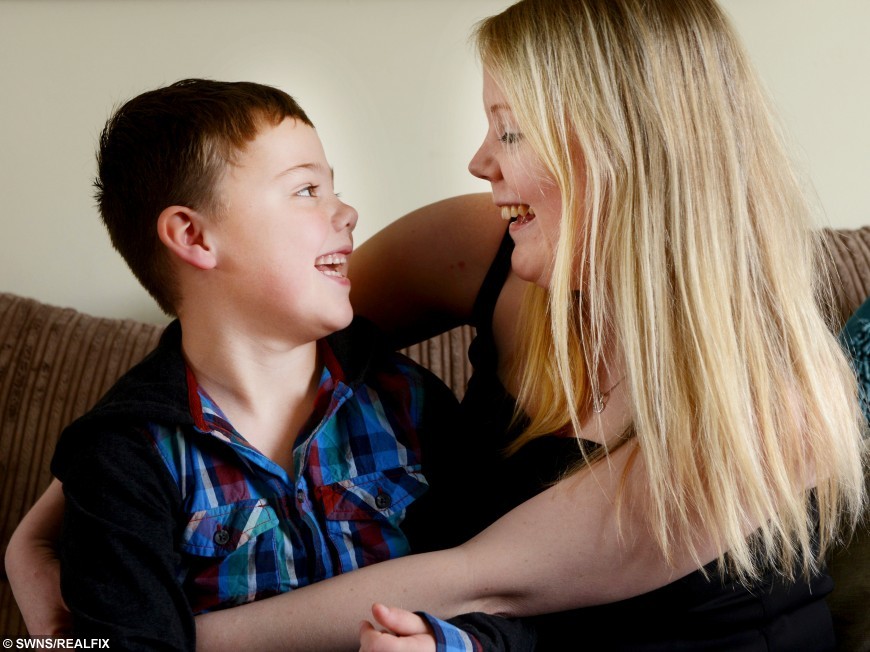 A six-year-old saved his mum’s life when she suffered a diabetic crash – by feeding her COCO-POPS.

Alfie Moss leapt into action when his mother Kirsty, 30, woke up with low blood sugar levels leaving her extremely fatigued.

The quick-thinking youngster was able to help her get her condition under control by giving her the sugary cereal and looking after his two-year-old brother Alfie.

Kirsty, from Bicester, Oxon., suffers from Type 1 diabetes and was amazed at her son’s “incredible” reaction.

She said: “I woke up and felt my sugar levels had dropped quite rapidly and my little boy could see I was not feeling well.

“Alfie assisted me down the stairs and sat me on the sofa after seeing me pale, shaky and sweaty.

“His actions were incredible. For him to behave so calmly at his age with something that potentially one day could save my life. To me he is my superhero.”

Alfie made sure that Kirsty was comfy, covering her in a blanket as he knew she got cold after crashes, and fed his little brother breakfast.

Alfie said: “My mum’s sugar levels went right down so I helped her downstairs and made her breakfast – Coco Pops and toast.

“I got her a spotty blanket and covered her with it and made Tommie some toast. Then we sat and played with Lego and I kept checking if my mum was all right.”

Mrs Moss, who lives with her two sons and husband Gavin, 34, was diagnosed with diabetes 11 years ago.

She said Alfie had always lived with her as a diabetic so he must have picked things up along the way, but she was shocked to see just how much he had learned.

Mrs Moss said: “He knows better than I thought he did – he got me cereal and a few biscuits, which he knows I like to dunk because you can binge and then get really high levels.”

Alfie then made his two-year-old brother Tommie toast, kept him entertained to let his mum recover and kept checking in.

Mrs Moss said: “Alfie was incredibly brave in assisting me.

“I could have struggled and fended for myself but the fact Alfie was there meant I did not have to.

“He saved me from a huge struggle and potentially more, I am so incredibly proud. I am forever thankful.”