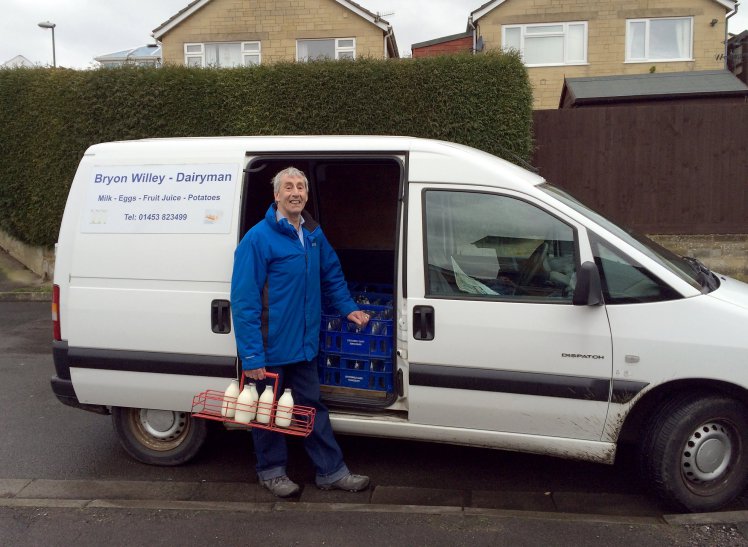 A milkman has delivered his last pint – after never missing a day of his round for 57 years.

Bryon Willey, 70, started his one-man business at the age of 13 and it’s the only job he’s ever done.

The popular milkman has seen generations of customers grow up and even delivered to the maternity unit on the day his own two children were born.

Grandad Bryon, of King’s Stanley, Glos., said: “I have always enjoyed the job.

“Over the years customers have felt like friends, it’s been great to meet so many people.

“I have watched many of them grow up, delivering to them as small children and then later on seeing them grow up with children of their own whilst still being their milkman.

“Some of them even ended up working for me delivering the milk.

“I am pleased to have had many good helpers over the years, it’s been great to watch them grow up as well.”

When he left school two years later he took up a full-time position delivering milk and working a local farm seven days a week.

In 1986 he bought his own milk round covering King’s Stanley, Leonard Stanley and Selsey and served around 500 customers.

Since then, he has worked every single day and remembers trekking through heavy snow in 1962 and 1981.

He finally completed his last round on April 2 and said: “I shall definitely miss it. It has been hard work but enjoyable.”

When Sarah was just a day old he delivered milk to Stroud Maternity Hospital, calling in to see Marion and their newborn daughter.

He even managed to finish his rounds in time for the birth of both his children.

In retirement he plans to visit his son in Australia and spending more time with Sarah and granddaughter Chloe, 2, who live near in King’s Stanley.