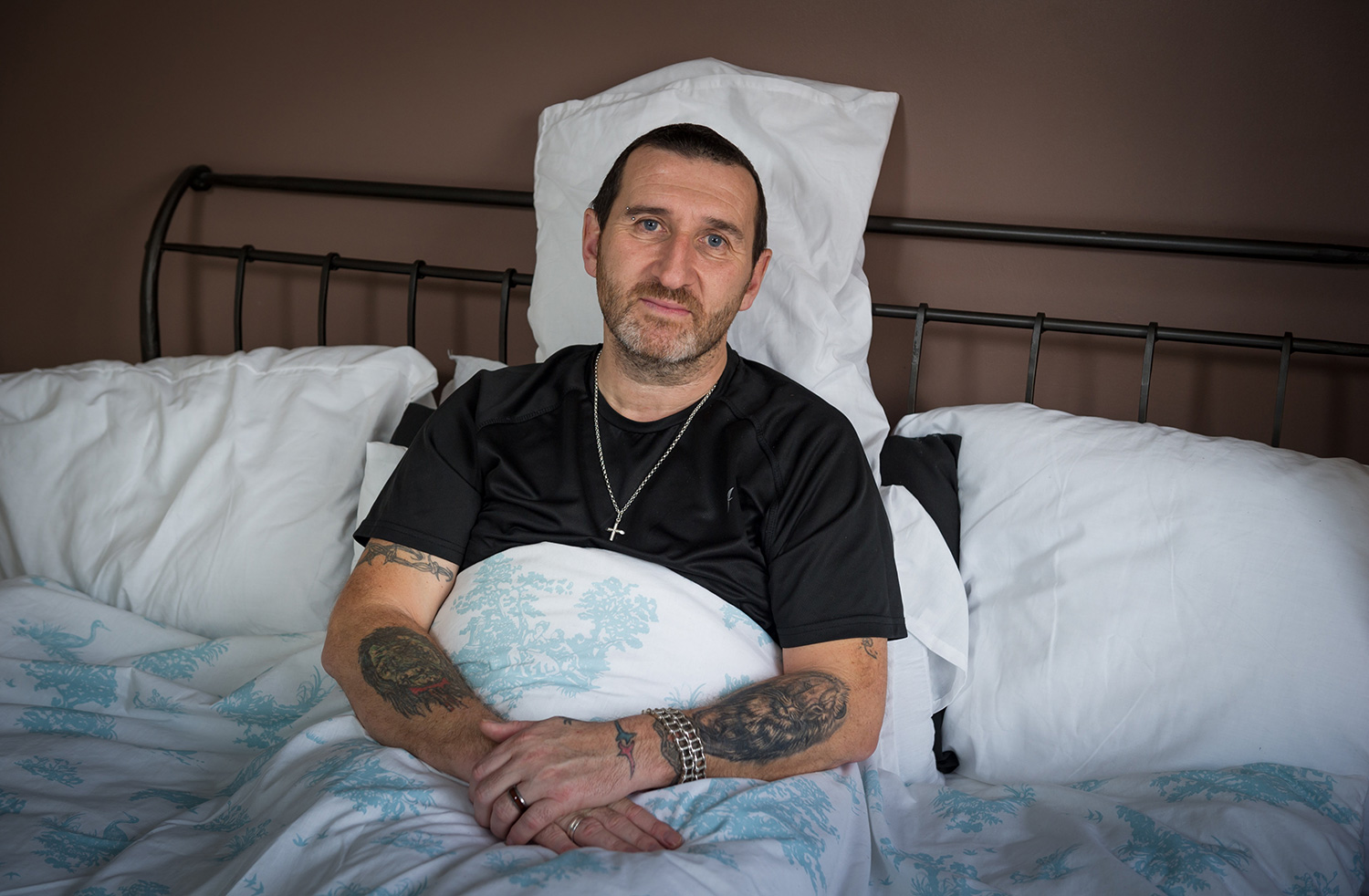 A healthy middle-aged man who had not taken a day off sick in 35 years is now bed-bound after being struck down by a mystery illness that leaves him paralysed from the neck down.

Hair salon boss Ian Norris, 53, lived life to the full – playing squash, clay pigeon shooting – but he’s now unable to even get himself up in the morning.

He’s left doctors baffled with his symptoms, which have forced him to sell his beloved business to provide for his family after only being eligible for £73 a week in income support allowance.

Dad-of-two Ian, from West Winch, Norfolk, said: “I am a shadow of my former self and my life has effectively been put on hold until I know what is wrong with me.

“I just want an answer.

“Until you can pinpoint what it is, you can’t start dealing with it. That’s the hardest part.

“I didn’t have a day off sick in 35 years and now I’m forced to spend all-day every-day in bed as I have lost the ability to walk.

“Ten months ago I was fit and healthy, but now I can’t even get out of bed. It makes you realise how much you take your health for granted.”

Despite not even suffering from a cough or cold throughout his adult life, Ian began feeling unwell and ‘off-balance’ last summer.

His condition gradually deteriorated and between December and January, leaving him suffering from bouts of paralysis from the neck down.

It was suspected he was suffering from neurological disorder, which also triggered a series of seizures and fits.

The unknown condition means he finds it almost impossible to get out of bed, and when he is taken by wheelchair for hospital appointments, he is left so tired that he sleeps for days afterwards.

Doctors at the Queen Elizabeth Hospital in Kings Lynn, Norfolk, have performed endless tests, including brain scans and blood tests, but all have come back clear, leaving them unable to provide Ian with a diagnosis.

He is currently awaiting the results for tests of more illnesses, including Lyme disease, a bacterial infection spread by ticks.

“Doctors believe it’s some kind of neurological dysfunction disorder, but they’re not 100 per cent what’s caused it,” said Ian, who is married to Asda shop assistant Nina, 49.

“I just want someone to recognise the symptoms and tell me what’s wrong with me. It’s just very frustrating as I’ve never been ill in my life.

“Before this happened I was riding 30ft water slides, out shooting twice a week and playing tennis with my friends.

“Now I spend my days staring at four walls. It’s enough to make you go out of your mind.”

Ian has now been forced to sell his business – Cappuccino Studio in Walsoken, Cambs., leaving his daughter Kelly, 25, unemployed after working at the salon ever since she left school nine years ago.

He and his wife have also been forced to sell both of their cars to make ends meet as they’re left to rely on her £900-a-month wage and the £300 monthly benefits he can claim to get by.

Ian, who is also dad to Sarah, 26, added: “I just can’t believe how little help there is out there for people like me, after finding myself in this position through no fault of my own.

“I have worked throughout my whole adult life and it is wrenching to have to close the business as it wasn’t just about making money, it was my living, my life.

“I have been hairdressing for 35 years and I have always loved going to work.

“I just hope that I can recover from whatever this is and go back to it one day.”

“We have been unable to reach a definitive medical diagnosis.

“We understand that this must be a difficult situation for Mr Norris and his family, and have discharged Mr Norris back into the care of his G.P.”

Ian is now appealing for help in getting an adjustable bed to make him more comfortable.

To support him, visit: https://www.gofundme.com/bpxcu9es