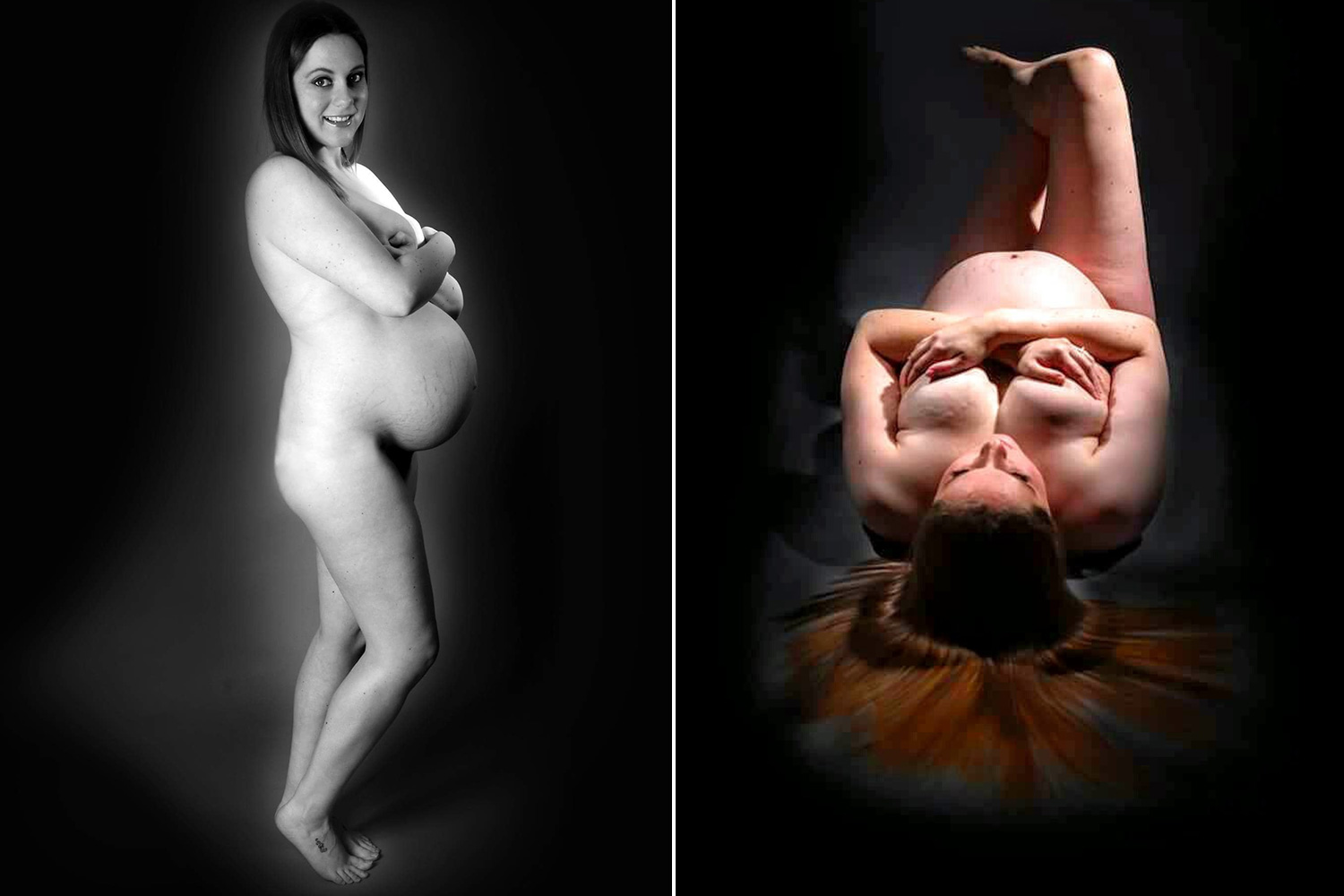 A pregnant mum posted a proud snap of her baby bump on Facebook – only to be reported for ‘NUDITY’.

Mum-of-two Catherine Kelsey, 28, who is expecting a baby boy in a few weeks, shared
the professional images on her personal Facebook page with her online friends.

But Catherine and her husband Simon were soon left stunned when a complaint popped up on the social media site stating the picture violated Facebook’s nudity standards.

The pair say they were happy with the snaps and just wanted to share them after Catherine battled on during the shoot – despite having to stop to be sick in a bucket.

Mrs Kelsey, of Hull, East Yorks., said: “We were a bit surprised that someone reported the baby bump pictures as we’re really happy with them.

“It’s sad to think that someone is offended by something so natural and lovely.”

“Having had two difficult pregnancies, I wanted to do something that I could enjoy and celebrate and remember.”

Catherine added: “During the photo shoot I had to stop repeatedly to be sick in the poor photographer’s mop bucket.

“So we were really pleased with the results, considering.”

The couple really wanted to celebrate the pregnancy as they knew this would be the last time Catherine would have her baby bump.

Speaking about how important the pictures were for a family keepsake, Catherine said: “I wanted to get them done as I know that I will never look like this again.

“With my first pregnancy we did our own cast, which we also had to stop midway due to
sickness.

“We wanted a way to celebrate my pregnancy and share our joy and excitement with all of our friends and family.

“It is such a shame that someone has taken offence to them. I don’t know what they will make of my breastfeeding pictures in a few weeks’ time.”

Facebook later confirmed in a message to Mrs Kelsey that no rules had been breached.

Simon, who was baffled by the complaint, added: “It is sad to think somebody believes this is worth reporting.

“These pictures aren’t rude or crude, but clearly someone doesn’t agree.

“We believe these photos are beautifully done – Catherine is proud of her bump.”