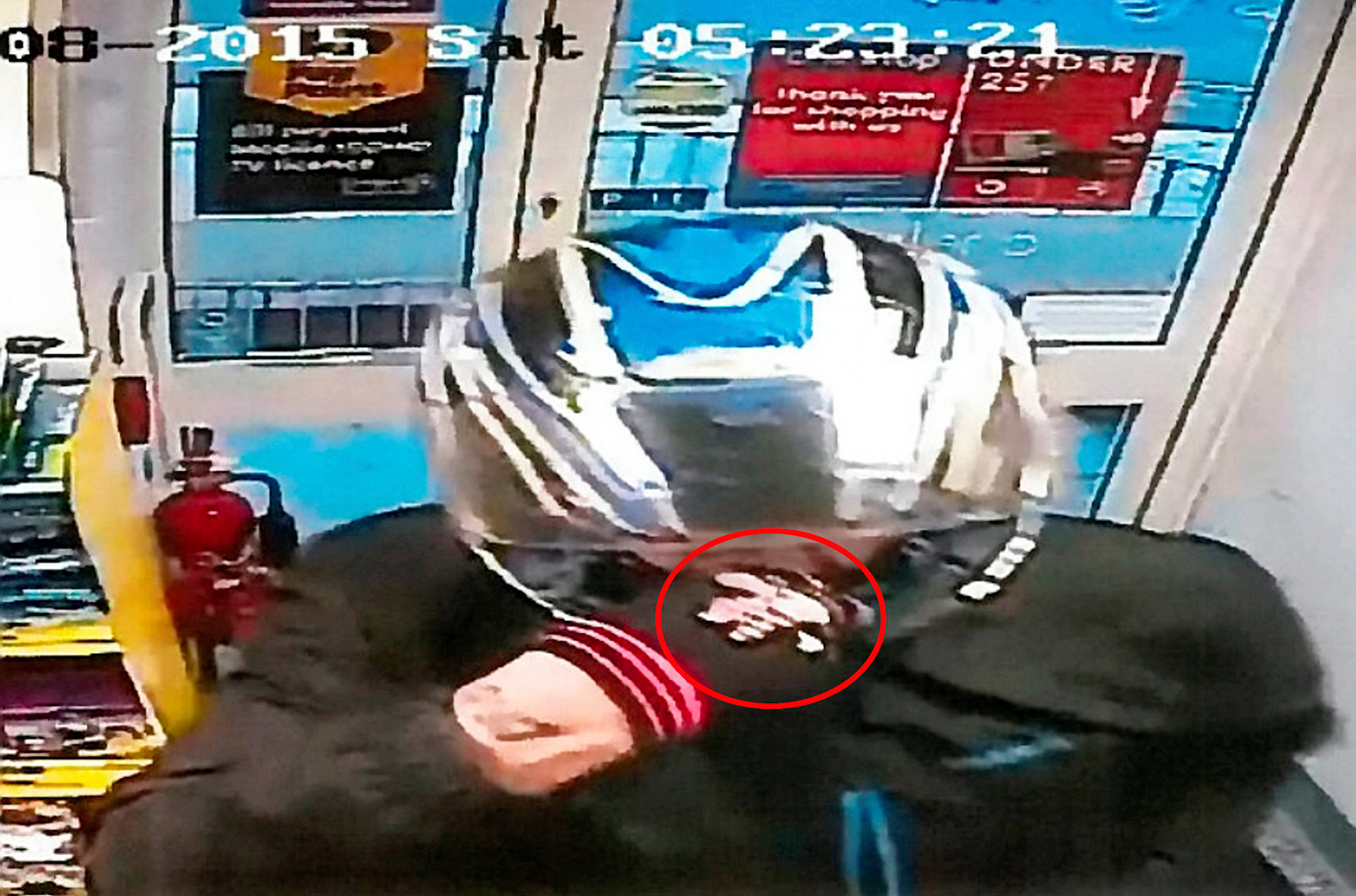 A Disney-loving thief has been jailed for six years after he was captured on CCTV during a shop raid wearing distinctive MINNIE MOUSE gloves.

Shane Hadlington, 27, burst into the One Stop store wearing a motorcycle helmet on August 15 last year.

The thug and an accomplice, who hasn’t been caught, threatened staff with a metal bar before making off with £3,700 worth of spirits and cigarettes from the shop in Dudley, West Mids.

CCTV footage of the raid revealed one of the masked robbers walked with a distinctive limp and had a tattoo of the word ‘DAD’ on his right wrist.

Detectives also spotted the crook was wearing a pair of black gloves with multi-coloured fingertips which had a picture of Minnie Mouse on the palms.

A police officer revealed he had seen Hadlington in a wheelchair just four days before the robbery who told him he had fallen off his motorbike.

Detectives raided his last known address in Lower Gornal, West Mids., after carrying out enquiries on Facebook which revealed he also had the word ‘DAD’ tattoo on his wrist.

The yob wasn’t there but officers found the incriminating Minnie Mouse gloves as well as a two-tone duvet similar to the one used as a swag bag and tracksuit bottoms identical to those worn by one of the two robbers.

Hadlington’s photo was issued on West Midlands Police’s ‘most wanted’ list until he was arrested at a cafe in Kingswinford, West Mids., in October after being spotted by a PCSO on a routine patrol.

The thug denied a charge of robbery but was found guilty after a trial at Wolverhampton Crown Court and jailed for six years last Friday (8/4).

Speaking after the hearing, Sergeant Sean Corrigan, from West Midlands Police, said: “This was a terrifying robbery for the staff involved and I’m glad we were able to track down one of the main offenders and secure this lengthy jail term at court.

“After starting with just the limp, we soon racked up a whole package of overwhelming evidence against Hadlington including the tattoo, the duvet and the tracksuit bottoms, with Minnie Mouse being his ultimate downfall.

“By that point we’d pretty much built the whole case and then it was simply a matter of trying to find him.

“Thanks to an observant PCSO on the ground it didn’t take very long and we’ve now been able to take a dangerous offender off the streets.”