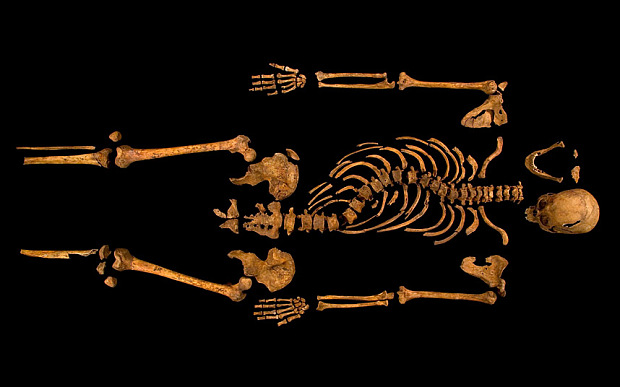 A council is spending thousand of pounds of taxpayers’ cash on repairing a statue of Richard III – even thought the damage is barely visible to the naked eye.

The 6ft tall bronze statue has been cordoned off after eagle-eyed members of the public spotted the joint at the hilt of its sword had been bent by vandals last week.

Leicester City Council said a full inspection is due to take place this week but bosses expect the bill to run into thousands of pounds.

But some local residents have criticised the expenditure at a time the council are looking to cut costs as the damage is hardly noticeable.

A spokesperson for the authority said: “We became aware of the damage to the Richard III statue early last week and are liaising with specialist companies to investigate the best way of repairing it.

“The joint at the hilt of the sword has been bent. We do not yet know the extent or cause of the damage.

“A detailed survey will be carried out later this week but it is likely that the damage will cost several thousand pounds to put right.

“In the meantime the statue will be fenced off as a safety precaution.”

But Leicester builder Ashley Graham, 38, said: “At a time of cost-cutting I don’t think spending thousands of pounds on something that is barely visible is a good use of taxpayers’ money at all.”

Brian Collins, 68, a retired carpet-fitter, added: “I can’t see what is wrong with it. I don’t understand why its going to cost so much money.

“Nobody is going to notice that damage. If something on it had been badly broken then I could justify them spending money to fix it. But not this sort of minor damage.”

Teacher Margaret Stamford, 55, from Coalville, Leics., added: “The Richard III story is very important to Leicester and anything to do with him should be preserved accordingly.”

Richard III was the last Plantagenet King of England and the last King to die in battle when he was killed in the Battle of Bosworth in 1485.

His giant bronze statue in Leicester city centre was given a new longer sword to replace a dagger in June 2014.

The dagger had been a replacement for a previous blade which had also been vandalised.

Leicester City Council confirmed they had not reported the latest act of vandalism to the police.

* King Richard III’s remains were sensationally exhumed from beneath a car park in the former Greyfriars Friary Church in Leicester city centre in September 2012.

His remains were then buried at Leicester Cathedral in March last year in a reinterment ceremony which was attended by royalty and actor Benedict Cumberbatch.

Thousands of people lined the streets and 700 people packed in the cathedral before his remains were lowered into a stone tomb.