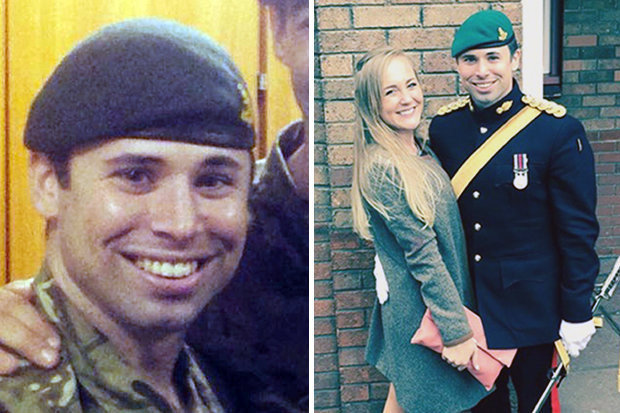 The family of an Army captain who died while running the London Marathon completed the course in his memory, raising almost £200,000 for Help for Heroes.

Captain David Seath, 31, collapsed while running the course after suffering a cardiac arrest three miles short of the finish, near Southwark Bridge.

Following his death, donations flooded into his fundraiser pages from 11,500 people, raising nearly £200,000 for his chosen charity Help for Heroes.

Family and friends of the Afghan campaign veteran ran and walked the final 3.2 miles of marathon the route through the capital on Saturday night in his memory, starting at Upper Thames Street and finishing at the Mall.

Since his tragic death his family and Help for Heroes have set up the Captain David Seath Memorial Fund to help provide swift support to those affected by service.

The charity has already made its first donation by providing financial support to a veteran with Post-traumatic stress disorder (PTSD) retrain as an electrical safety tester and purchase equipment.

Captain Seath’s brother, Gary said: “”Last night was an important step forward for our family and friends. David pushed himself every day of his life.

“By walking the 3.2 miles which he could tragically not complete, we have been able to finish the challenge that David started.

“We have been amazed by public who have been so generous and donated to charity in David’s memory.

“David had hoped to raise £250 by running the marathon and almost £200,000 has been raised already to support his fellow Servicemen, women and Veterans.”