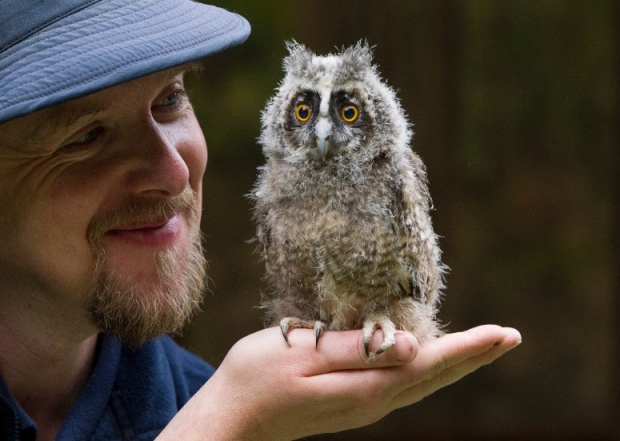 A Scots bird centre has welcomed a parliament of cuddly baby owls.

The four fluffy new arrivals are long-eared owls, all recently born to the same mating pair.

Staff at the Scottish Owl Centre in West Lothian are thrilled with the chicks, especially as they came as a bit of a surprise.

Senior keeper Trystan Williams said: “It’s the first time we’ve bred them. At the end of last year we got a female in and obviously gets on very well with the male – they got on straight away.

“We were only expecting one or two babies so it’s quite a surprise.”

They are even hopeful that further chicks will arrive in the next couple of weeks.

Once they are fully grown the cute critters will be sent to various locations for educational work, including an organisation which takes owls into old people’s homes.

But while they grow, Trystan is certain they will be popular amongst visitors.

Long-eared owls are found in the UK, but are very difficult to find.

They are migratory birds which travel south for the winter.

There have been several new chicks at the owl centre in recent weeks.

Along with the four long-eared owl youngsters, there are also two tawny owl chicks and two American barn owl babies.