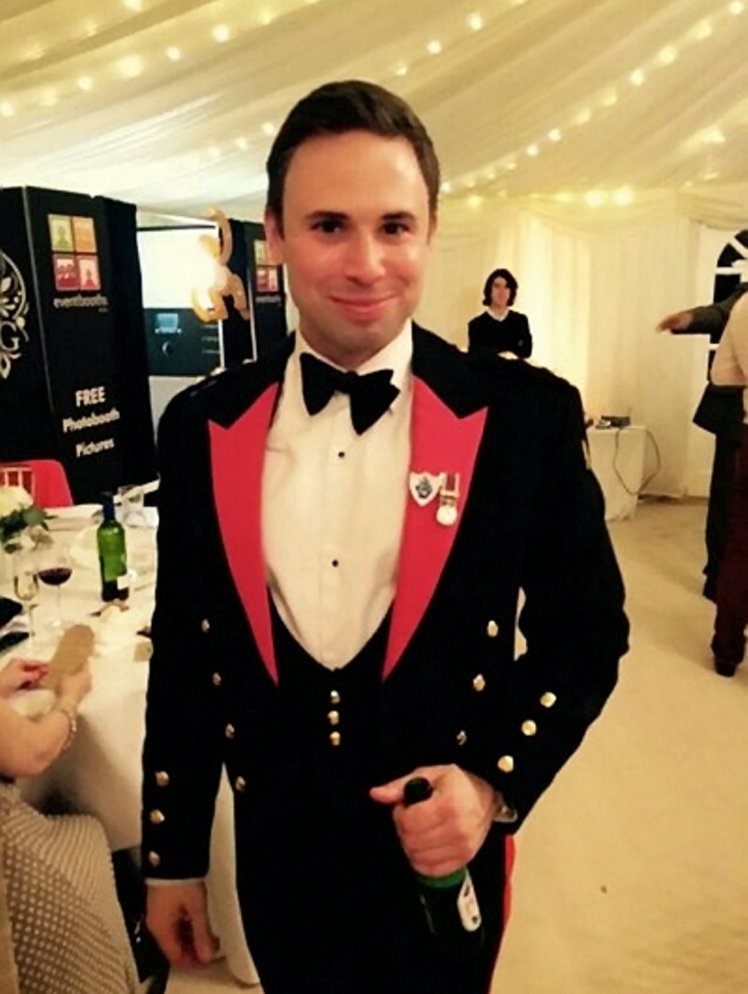 A minute’s applause will take place at Twickenham on Saturday in memory of the Army captain who died in the London Marathon.

Commando David Seath, 31, collapsed just three miles short of the finish line last Sunday and more than £140,000 has since been donated to Help for Heroes in his memory.

The annual Army v Navy game will be halted in the 23rd minute – the distance he reached – for the tribute by the 82,000-strong crowd.

Announcing in on the Just Giving page, creator and friend James Walker-McClimens, said: “As a mark of respect, during the Army v Navy Rugby match at Twickenham on Sat 30 Apr, at 1523hrs (23 mins into play), a minutes applause will commence for this great man.

Captain Seath, who was unmarried from Cowdenbeath in Fife, Scotland, was a Fire Support Team Commander with 29 Commando Regiment Royal Artillery.

He gained two Masters degrees from the University of Aberdeen before competing his Army training at Sandhurst in 2010.

He was based in Plymouth, Devon and had served in Afghanistan in Helmand province.

He had also done other charity work and worked with groups which helped visually impaired Army veterans, including Royal Blind and Scottish War Blinded.