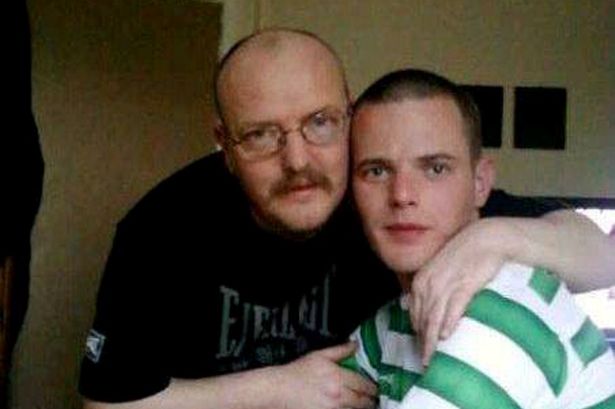 The family of a missing nightclubber have blasted a cruel female hoaxer who claimed to have had a child with the man and sent police on a fruitless search of woods.

The woman got in touch with Allan Bryant’s father while police were in his house, claiming she knew where his son’s body could be found.

Police then carried out a new search of Redwood Woods, near St Andrews, Fife.

Allan was last seen leaving a club in Glenrothes, Fife, on November 3 2013.

Nothing was found and his dad, Allan senior, who believes his son was murdered, said he found her claims “very hard to believe”.

Allan senior, who lives in Glenrothes, said: “She actually called when the police were here talking to me and said she had information on what had happened to Allan.

“She told us we should search the area around the Hidden Bunker and said things about him.

“Then she claimed to have had his son. I’d never heard of her in my life. She’s someone that lives outside of Fife.”

The woodland search was carried out by specialist dog tracking teams and involved probing drainage ditches.

Allan senior added: “I don’t believe a word of it. Whether or not she has a son with Allan is something I find very hard to believe, and we’re not going to be taking it further.”

The family has now turned to Crimewatch on the BBC for information about Allan’s disappearance, who was captured on CCTV leaving the Styx nightclub.

They have also pushed to keep his disappearance in the public eye and a Facebook page to help with the search has amassed 71,000 members.

Crimewatch has contacted the police in Fife for details on the case, with Allan’s disappearance expected to feature in a daytime programme about missing people.

It is understood the segment would feature a reconstruction of the last night he was seen, as well as a fresh appeal from his family for information.

Allan senior said: “What’s happening is that Crimewatch have contacted Fife Police and want to do a daytime show on missing people that features Allan.

“It’s really positive that it’s going to happen because it keeps Allan in the public eye, that’s what we all want.

“We just want that one person to come forward with information because there’s someone out there who knows what happened.”

The family has had their hopes dashed in the past after being given information that later turned out to be false.

At one stage they commissioned their own sniffer dog unit to carry out a search following claims Allan was seen at a party in woodlands later on in the night.

An area known as Muchty Woods was searched, but nothing was found.

Police Scotland have confirmed the discussions were ongoing with Crimewatch.